Its been over a week since the tragic and fatal death of Barry Jhay‘s Record Label Boss, Kashy Godson who fell from the third fall of his apartment in Ghana.

Hours after his death, Barry Jhay became the prime suspect after a video surfaced online of him bleeding with mouth injuries from a fight he had with the boss and CEO of Cash Nation Record Label. 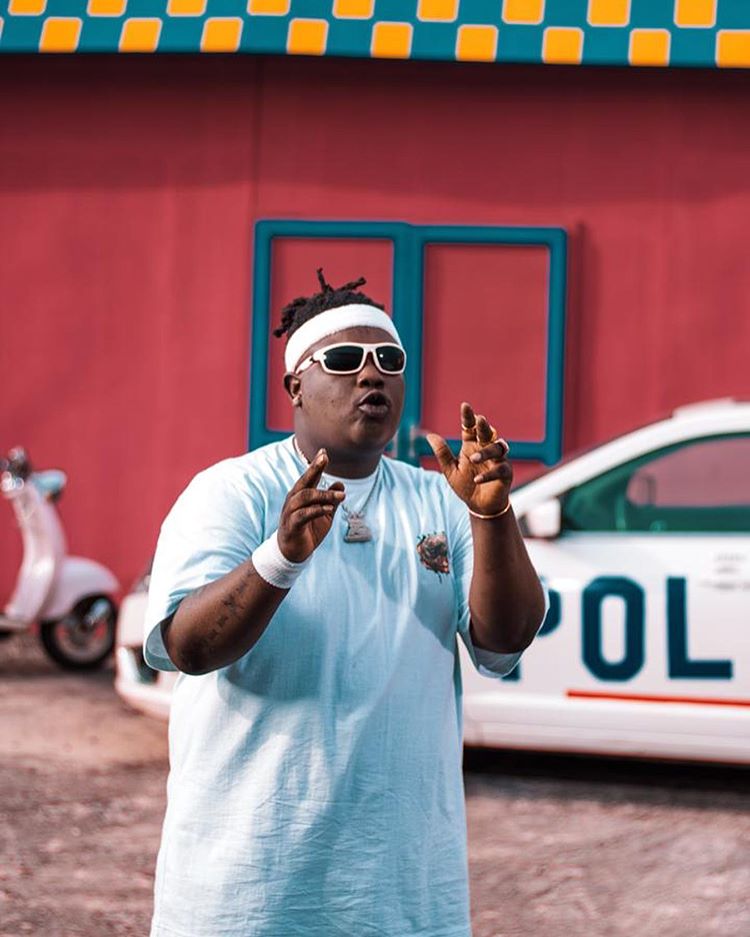 Earlier today Barry Jhay was cleared of the murder charges by the Ghanaian police.

According to a report of an investigation carried out by the Ghanaian police, Barry was attacked by Karshy shortly after the record label boss’ girlfriend rushed into where he was recording a song to report that Kashy was behaving abnormally.

The police report disclosed that Karshy jumped down from the 4th floor of the hotel they lodged in, 12 minutes after Barry who he reportedly attacked with a knife has fled the scene. It was further learnt that an eyewitness and CCTV footage corroborated the claim.

Read the report below; 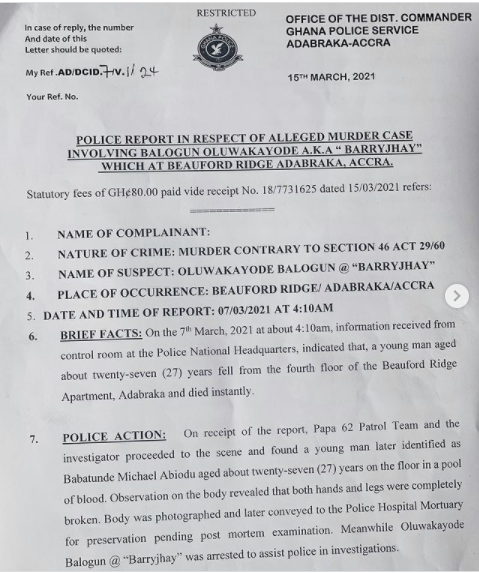 U.S Rapper The Game Shares Adorable Photo of his daughter sleeping on his Chested

Johnson Olumide - February 18, 2020 0
The Proud Father of a Beautiful Young Girl, shared Photo of her daughter while she was Sleeping in his Arms and resting her head...

Nkechi Blessing flaunts her beautiful smile as she adored her gown.

Violette - November 10, 2019 0
This afternoon Nkechi is really looking good in a beautiful picture of herself she shared on her Instagram page,captioned: This dress is too fine...

Adedokun Moses - January 10, 2021 0
Talented Nigerian singer, songwriter, and disk jockey DJ Cuppy is currently in a celebratory mood as she achieves another milestone in her illustrious career. DJ...

Johnson Olumide - March 21, 2020 0
Media personality and style icon, Ebuka Obi-Uchendu has opened about about his Big brother Naija days, his strategy and how he won hearts as...

Judge Asked him to leave Roc Nation and sign with her friend – Meek...

Eddie Andy - November 8, 2017 0
There has been quite an outrage online overMeek Mill’s sentencing yesterday for violation of his probation. The judge has ruled that the rapper will...