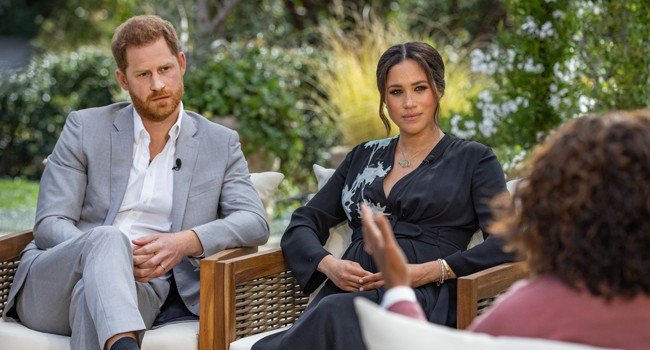 Former Suit TV Series Star, Duchess of Sussex and the wife of Britain’s Prince Harry in a bombshell interview with Oprah Winfred revealed there were concerns about how dark her son Archie’s skin would be before his birth and that such worries explained why he was not given the title of prince.

Markle, whose mother is Black and father is white, said she was naive before she married into the British royal family in 2018, but that she ended up having suicidal thoughts and considering self-harm after asking for help but getting none.

“They didn’t want him to be a prince or princess, not knowing what the gender would be, which would be different from protocol and that he wasn’t going to receive security,” Markle said in an interview with talk show host Oprah Winfrey that aired on broadcaster CBS late on Sunday in the United States, where she and Harry now live. 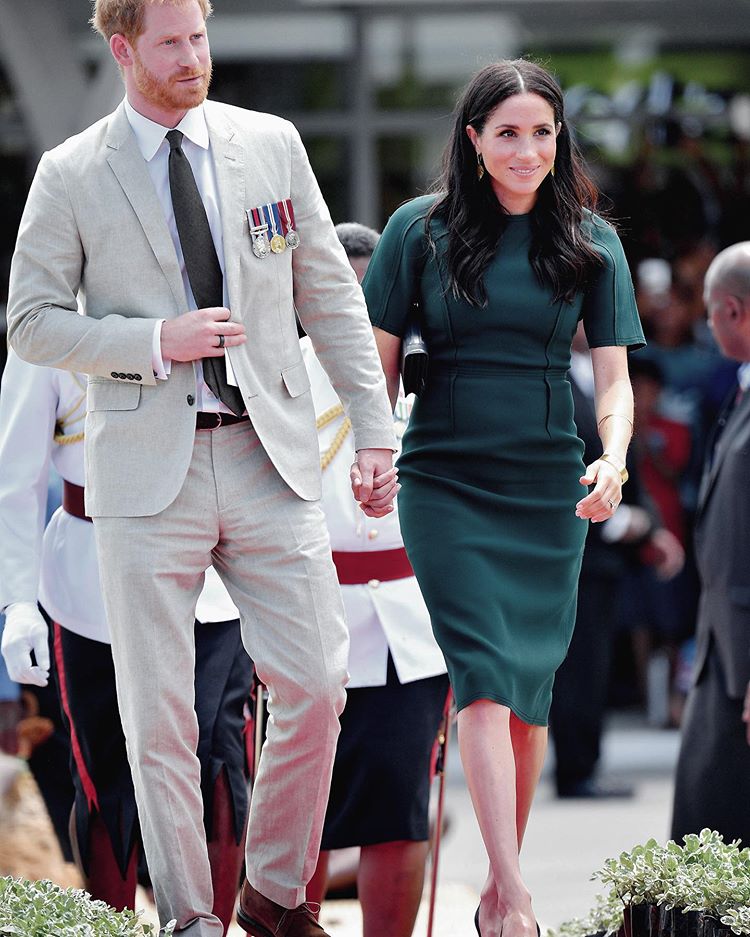 “In those months when I was pregnant, all around this same time, so we have in tandem the conversation of, ‘you won’t be given security, not gonna be given a title’ and also concerns and conversations about how dark his skin might be when he’s born.”

She declined to say who had aired such concerns. Asked if she was silent or had been silenced, she replied: “The latter”.

The highly anticipated interview comes amid an acrimonious dispute between Markle and Harry on one side and the British monarchy on the other.

The couple, who married in 2018, have stepped down from their royal duties and are now living in California.

Their critics accuse them of wanting all the glamour of their positions without the dedication it requires or scrutiny it brings.

To their supporters, their treatment shows how an outdated British institution has lashed out against a modern, biracial woman, with undertones of racism. That accusation is likely to gather momentum in light of Markle’s comments about her son.

There have also been allegations of bullying against Markle which first appeared in The Times newspaper in the buildup to the interview.

Buckingham Palace, which did not comment on the interview, in an unprecedented move said it would investigate the bullying claims, adding it was “very concerned”.

In response to the report, a spokeswoman for Markle said she was “saddened by this latest attack on her character, particularly as someone who has been the target of bullying herself.”

‘Turning point’
Markle said people within the royal institution not only failed to protect her against malicious claims but lied to protect others.

“It was only once we were married and everything started to really worsen that I came to understand that not only was I not being protected but that they were willing to lie to protect other members of the family,” Markle said.

“There’s the family and then there’s the people that are running the institution, those are two separate things and it’s important to be able to compartmentalise that because the queen, for example, has always been wonderful to me.”

Markle denied a newspaper story that she had made Kate Middleton, Duchess of Cambridge and Prince William’s wife, cry before the wedding and said it was a turning point in her relations with the media.

“That was a turning point,” Markle said. Asked if she made Middleton cry, Markle replied: “The reverse happened.”

“A few days before the wedding she (Kate) was upset about something, pertaining to yes the issue was correct about the flower girl dresses, and it made me cry. And it really hurt my feelings,” Markle said.

Markle told Winfrey she had been naive before her wedding and did not realise what she was marrying into when she joined the British royal family.

“I will say I went into it naively because I didn’t grow up knowing much about the royal family,” Markle said.

Johnson Olumide - March 21, 2020 0
Tonto Dikeh is not backing down from referring to herself as a king not a queen. The issue has been a subject of controversy online...

“April is a blessed month, our prayers has been answered” – Celebrities reacts to...

Adedokun Moses - April 1, 2020 0
Top celebrities in the entertainment industry have reacted to the heavy down pour of rain that happened in the early hours of April 1st. It's a...

Adedokun Moses - December 22, 2019 0
Davido's manager, Asa Asika has advised entertainers and investors in the entertainment industry to protect the brand they've created in Africa. Asa Asika via a...