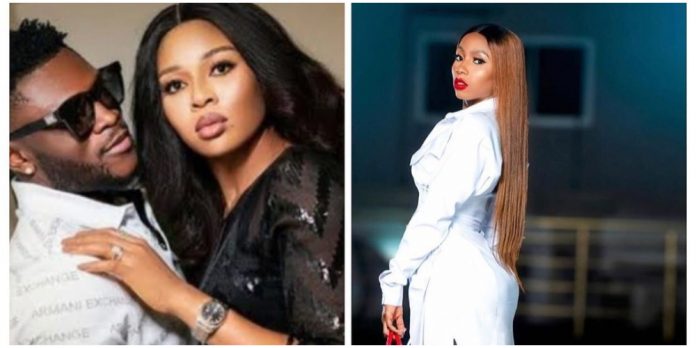 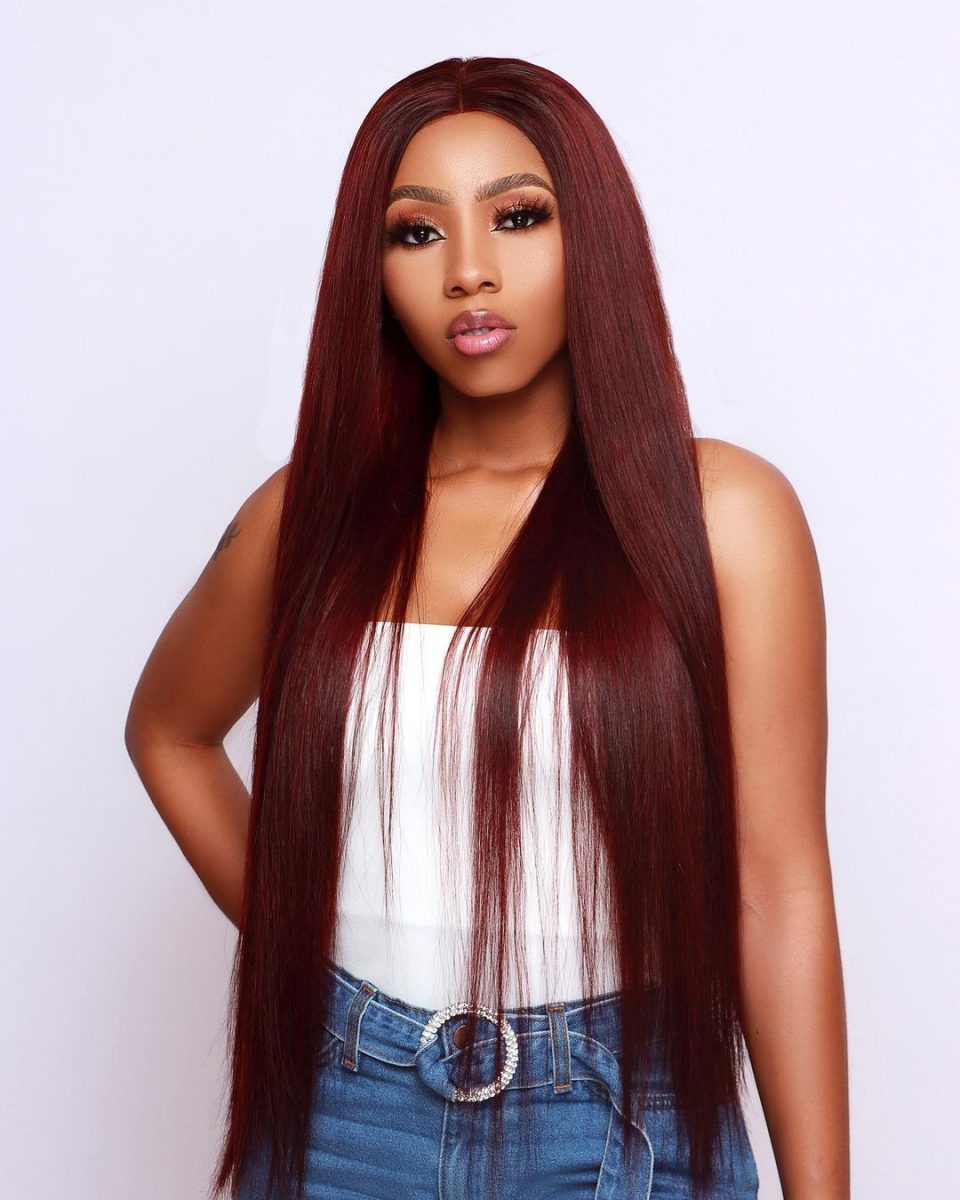 Aaron Samuel’s marriage has been under the spotlight for quite some time now as the footballer have been accused of cheating on his wife, Chinwe.

According to reports spreading round social media, Aaron Samuel have not been faithful to his wife ever since they got married and despite having a child together.

The blog post also revealed that Mercy is currently having an affair with a veteran Nollywood actor that will be clocking 60 in the next few days.

Hello tueh tueh,I bring to you that mysterious girl all blogs are talking about,Footballer Samuel Aaron and wife splits due on infidelity ground,The wife chi Aaron caught him cheating with Aunty Mercy Eke.
The relationship between the footballer and Aunty Mercy  was suppose to be a one night stand palava but aunty mercy wan die there as they are not keeping the relationship on a low anymore,them flaunt am so tey the wife got to know.

aunty Mercy is also doing one popular man in Nollywood,the man is believed to be bisexual and he will be celebrating his 60th birthday soon,she was pimped to the man as well,guess who the man is?
Hint:Man is so loved and vibes so well.
It’s a early momo two in one breakfast.I come in peace,igi ewedu oni wo luwa oo 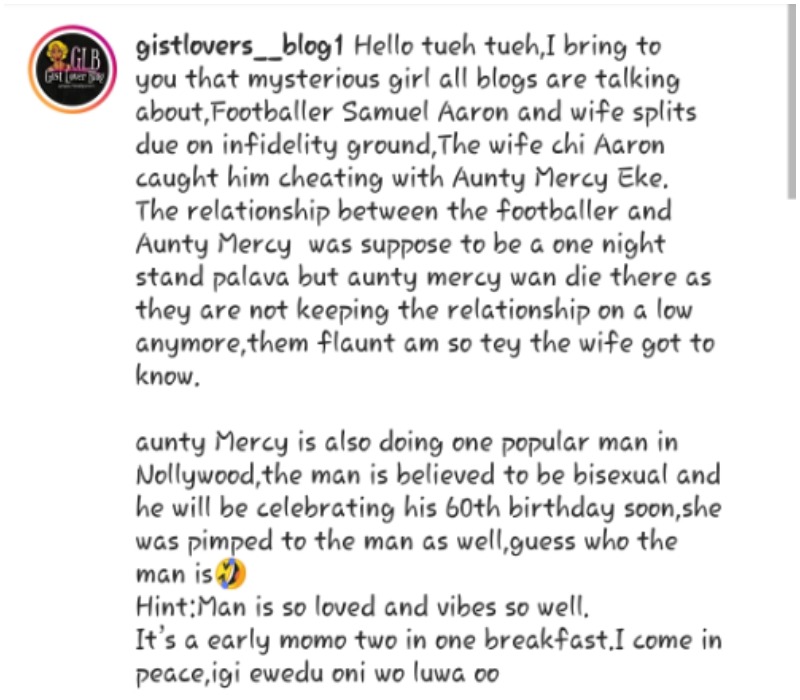 Violette - November 10, 2019 0
With different Celebrities showing how colourful they can be on a Sunday, Funke Akindele Bello has just join the trend. The Nollywood actress who has...

Johnson Olumide - December 2, 2020 0
African Giant singer Burna boy has been accused of cheating on Stefflon Don by his former ex, miss Joepearl Sierra Leone based woman. According to...

Protect Falz At All Cost! – Rapper MI Cries out

My boyfriend has warned me to stop fighting – Bobrisky on why he stopped...

Violette - August 10, 2021 0
Controversial Nigerian cross-dresser, Idris Okuneye Olanrewaju popularly known as Bobrisky has revealed why he has decided to stop replying trolls in the last few...