Seems the relationship between Davido and his new lover, Mya Yafai might be coming to an end anytime soon as the model was spotted vibing alongside her ex-girlfriend, Young Ma. 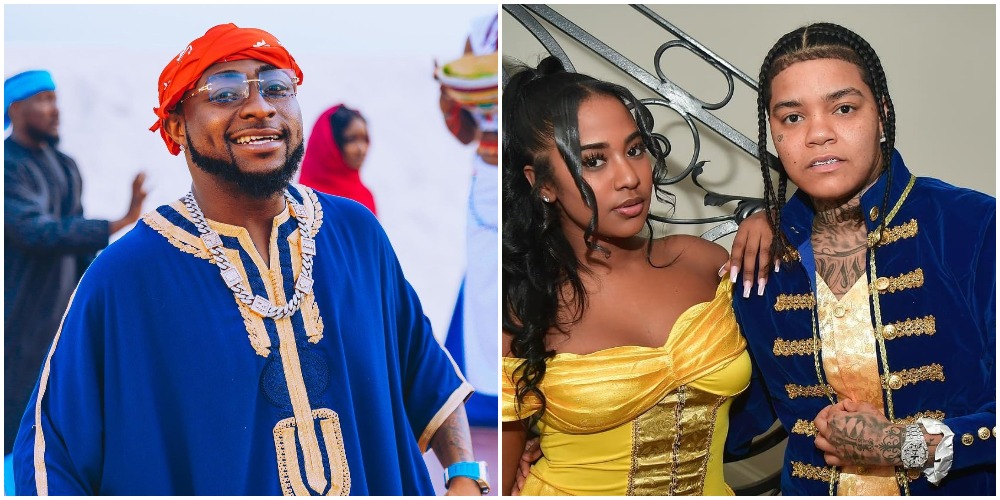 Recall that Davido was in the news some weeks ago after he was spotted holding hands with Mya Yafai as they both left a night club.

This move raised eyebrows on all social media as fans slammed Davido for cheating on his engaged girlfriend, Chioma Rowland.

David has been struggling with his relationship life with Chioma ever since the incident happened as this was evident during Chioma’s 26th birthday.

Mya Yafai has now given lovers of Davido and Chioma a new breathing space after she was spotted in the club alongside her ex-girlfriend, Young Ma.

Female rapper Young Ma and Mya Yafai have been in love before Davido came into the picture and it’s still unknown why they decided to enjoy some time together.

Mya Yafai has been consistent in sending cryptic message concerning her relationship with Davido on social media for the past few weeks and fans will be eager to how things pan out.

See video below of Mya Yafai and her ex-girlfriend vibing below: