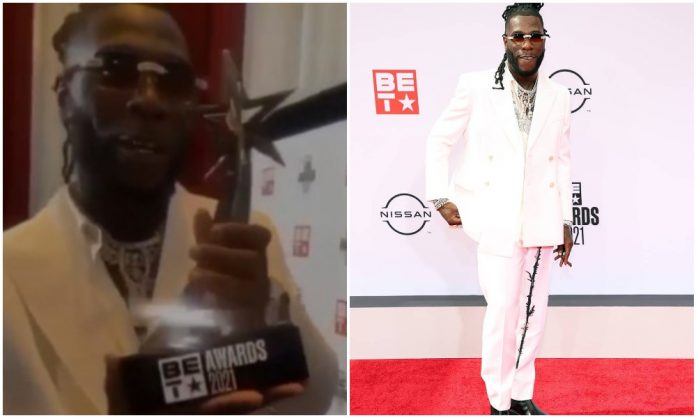 Grammy award-winning singer and songwriter, Burna Boy has continued his good form in the music industry as he bags another award at the 2021 BET Award show. 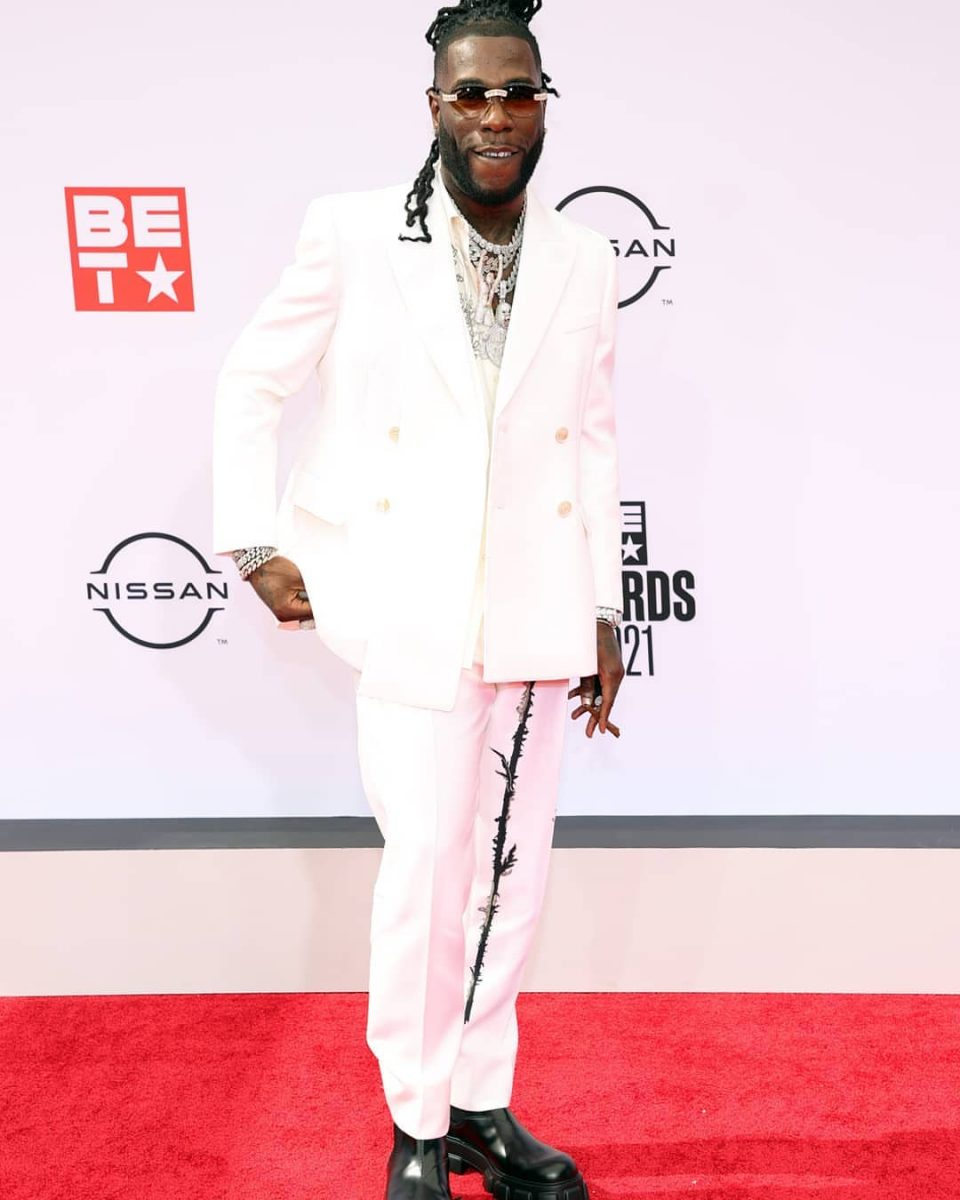 Burna Boy has become one of the greatest singers in Africa and he does not look like an artist ready to rest on his laurels.

The 2021 BET Award show held at the Microsoft Theater in Los Angeles honored talent across music, television, film, and sports.

Hosted by Taraji P. Henson, the show saw big names in the music industry showcase their talent and Burna Boy didn’t disappoint on the big stage.

Burna Boy was one of the artists that smiled home as he won the Best International Act for his hard work and dedication over the past few months.

This is the third consecutive year Burna Boy will be winning the Best International Act having won it in 2019 and 2020.

Burna Boy’s victory is also coming just months after he won the prestigious Grammy Award for the great work put in his album ‘Twice As Tall’.

See the video of Burna Boy speaking after his victory below: