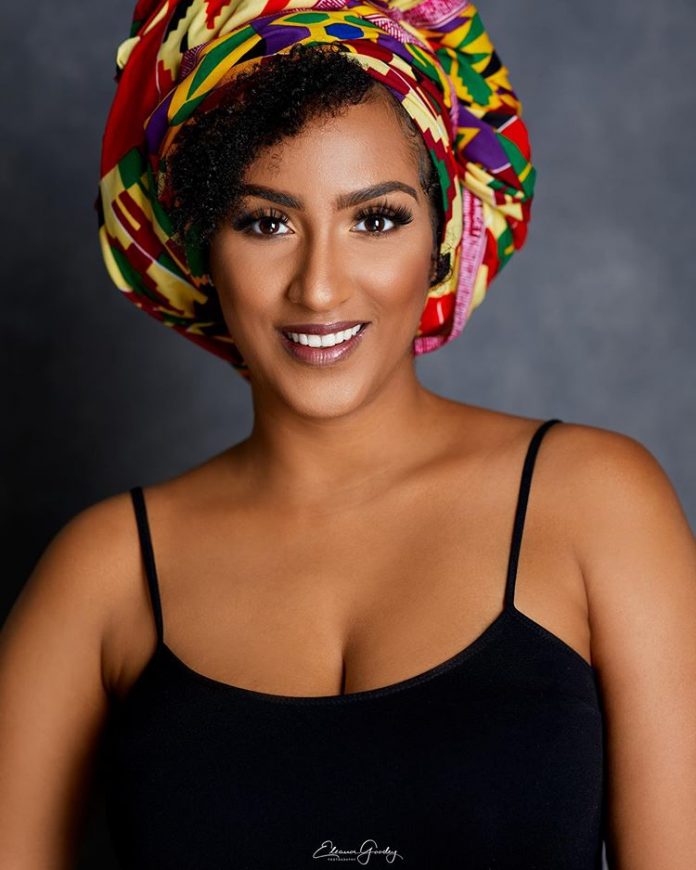 Nollywood and Ghanaian actress, Juliet Ibrahim wants you all to know Celibacy is sweeter than having regular S*x.

According to her, most people think a lady with responsibilities only worries is to have s**x, which she thinks is pretty much funny

But honestly speaking, every woman or most ambitious woman would get to a stage in their lives that all they worry about is achieving those goals and sorting out their responsibilities.

Juliet Ibrahim who has been married, divorced, living single after her relationship with Nigerian singer, Iceberg Slim ended a few years ago, some days ago questioned why women are so ”comfortable” slut-shaming each other whenever there’s an altercation.

In an Instagram post she shared, the actress also asked if it’s okay for females to slut-shame themselves even when it’s been stated that is not okay for men to do so.

Juliet averred that instead of the double standards, women should focus on supporting each other rather than bringing each other down.

Why are women so comfortable slut-shaming each other whenever there’s an altercation?

It is NOT okay when the male gender calls a female a slut but we’re saying it’s okay for females to slut-shame themselves?
slut’ and ‘whore’ still possess the power to destroy the lives of individual women and young girls.

Women are in the world fighting for gender equality in every sector of life; so ladies isn’t it better we stop the double standards and focus on supporting each other rather than bringing each other down as women? 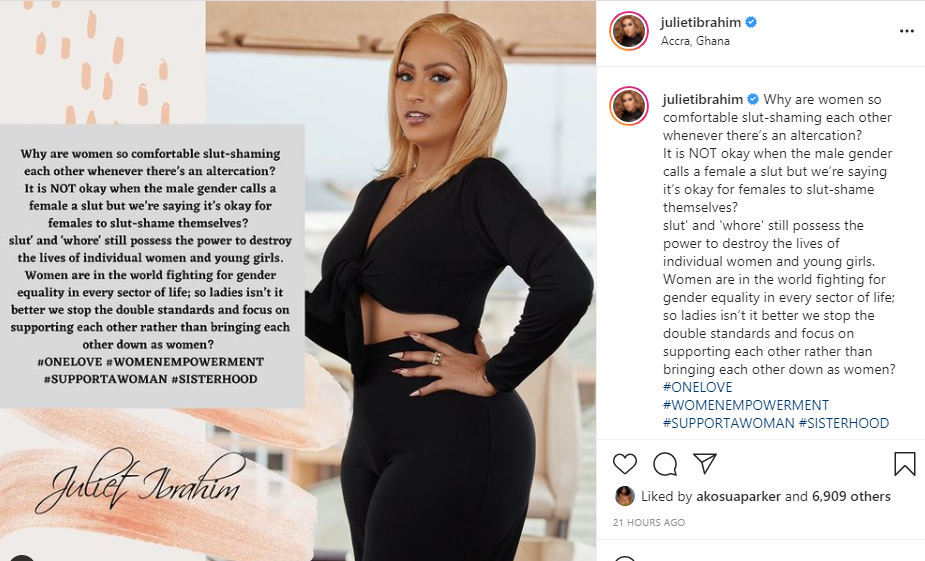 Violette - July 1, 2020 0
The popular and Talented Nigerian singer Waje now celebrates her mother As her mom turns a new age today. She made this known on her official...

Johnson Olumide - May 27, 2018 0
Popular singer, Daniel Anidugbe, formerly known as Kiss Daniel, has changed his name to Kizz Daniel. The singer made this known in an Instagram...

Why I sprayed 2k at Obi Cubana’s mother burial – Akin Alabi opens up...

Violette - July 17, 2021 0
Nigerian lawmaker, Akin Alabi has opened up on why he was forced to spray just nine thousand naira during the burial of Obi Cubana's...