Home Entertainment Comedian Oluwadolarz invited by Lagos police over his alleged alliance with a... 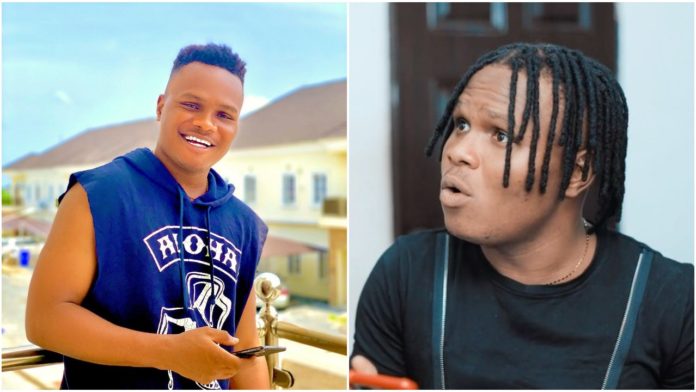 Comedian Ogunleye Olamide Babatunde aka Oluwadolarz, was yesterday invited by the Lagos police command in connection to a Ponzi scheme that has allegedly ripped millions of Nigerians of their monies.

It was gathered that Oluwadolarz had allegedly publicly influenced and endorsed Chidi aka blackgold’s company, RackSterli.

It is alleged that clients hadn’t been paid their returns on investment since last year which led to them reporting to the police.

Oluwadolarz was invited to Area J police command, Ajah, to answer questions over his alliance with the brand and was released after interrogation.

Recall that Oluwadolarz had a confrontation in the early hours of Thursday with some police officers who harassed him on his way home.

Violette - December 28, 2020 0
Multiple award-winning Nigerian singer and songwriter Davido and Burna Boy have reportedly clash with themselves at a night club in Ghana as their rivalry...

Violette - October 27, 2021 0
Veteran Nigerian rapper and singer, Folarin Falana popularly known as Falz has taken to social media to celebrate a new milestone as he clocks...

Violette - January 16, 2020 0
Ghanaian actress, Fella Makafui might be having a bad time concerning her recent breakup with Medikal but she's not taking the good time they...