Chidinma Ojukwu, a 300 Level UNILAG student was arrested two days over the murder of Super TV CEO, Usifo Ataga which she confessed to(watch the video here). according to her, she was introduced to the now-deceased lover, 4 months ago by a friend.

Chidinma before her arrest lived at a building on 57 Akinwunmi Street, Alagomeji, Yaba, with her father, the whereabouts of her mum is currently unknown.

According to an eyewitness report, Chidinma does have other siblings who are yet to be identified.

Many of the neighbors up till now are still in shock days after her arrest as one said the suspect lived quietly with her father in the building, adding that her lifestyle probably changed at a point.

Some others described her as a calm, young lady who faced her business. A woman who sells drinks on the street said, “Like my other customers, she buys things and leaves. I don’t know her closely.’’

Another unnamed woman said many of them in the area were shocked to see Chidinma paraded on TV for the alleged murder of Ataga. She added, ‘My husband and I watched the news and saw her paraded by the police. We were surprised. Everyone around knows her. Her father has other children.’’

Below is the photo of the house where Chidinma Ojukwu lived before her arrest. 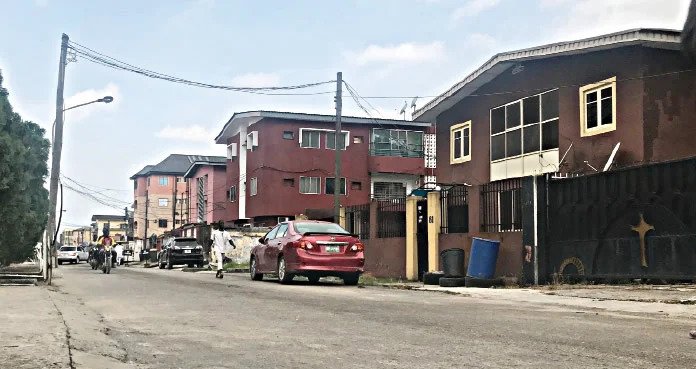