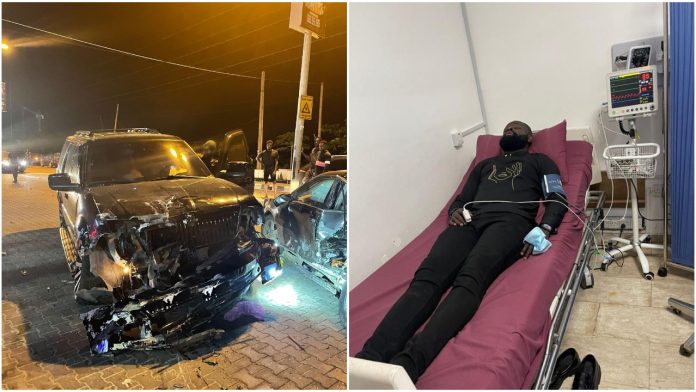 Younger Brother of Nigeria’s most famous comedian, Yomi Casual was involved in a Ghastly Car accident last night on the island on his way home.

The Father of two took to his Instagram page this morning to share the news with the caption, ONI DURO MI ESE O!.

From the Pictures of the accident, One can see that it was all God’s grace that his alive looking at how wrecked his Jeep was.

According to the latest reports, ONI DURO MI ESE O now has a challenge on social media.