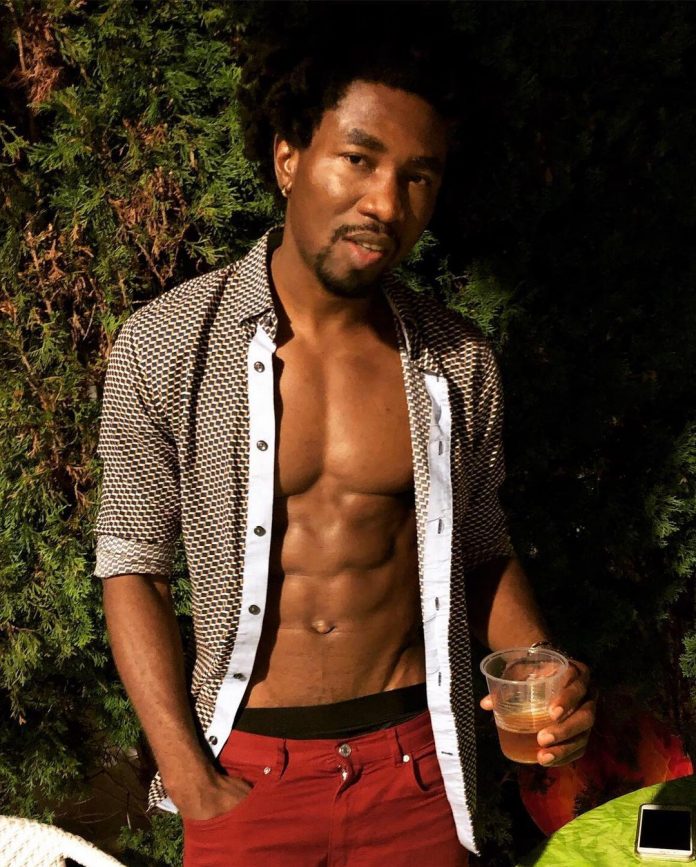 So far we have 11 Male Housemates and Boma Akpore is the first  BBNaija Housemate and also the first verified housemate on social media. In this article, we would be sharing with you Boma BBN biography.

Boma is a 34-year-old, Raised by his single mother and grandmother, who grew up on the streets of Yaba in Lagos. He describes his childhood as “extremely tough”, having had to pay his way through school.

One of the hardest decisions he had to make was to drop out in his final year, as he couldn’t make ends meet, but his life’s high point came when he saved enough money to pay for film school, an achievement that was subsequently eclipsed by his graduation.

Boma describes himself as “sexy, intelligent, adventurous, strong and fit”, and considers himself “extraordinary”. While hustling on his acting career, he makes ends meet by working as a bartender by night, and a masseuse by day.

Having suffered bouts of depression after his marriage failed and after suffering an injury during football try-outs, he is determined “never, ever, to give up” and holds onto his faith.

The Hollywood actor and currently BBNaija Season 6 Housemate, Boma has over 195,000 followers on his verified Instagram page, before he was announced as one of the new season housemates, he had only 160,000 plus followers.

READ ALSO
Ka3na respond to Tochi's dig, claims he will not talk trash in her face

Boma is currently 34-year-old as of the time of writing this post.

Boma is also a Hollywood actor and has starred in the popular American TV Series called The BlackList. Take a look at a photo of him in action below.

The Yaba Born model, footballer, and event planner, net worth before BBNaija are currently unknown, but looking at how successful he has been in his businesses, Boma Akpore net worth is estimated at $5,000 dollars.

Violette - September 18, 2020 0
Kiddwaya and Erica might have been evicted and disqualified from the Big Brother Naija 'Lockdown' show but that has not stopped other housemates from...

Johnson Olumide - February 17, 2020 0
The 'Scandal' star actress who had her first daughter Isabel with her husband former Nfl Player Nnamdi Asomugha in April 2014,rocked this hair...

Violette - January 20, 2021 0
President Donald Trump has reportedly granted clemency to rappers Lil Wayne and Kodak Black in his final hours in the office. In an official White...

Violette - November 10, 2019 0
Nollywood actor, Adeniyi Johnson seems not to be in good mood for any troll or critics as he slammed and put a curse on...

Waje and Joselyn Dumas Super Hot, Super Sexy on the Red Carpet at the...

Johnson Olumide - February 17, 2020 0
The Future Awards Africa took Place at the Eko Hotel and Suites last Night and like we posted Earlier(READ HERE) Lots and lots of...