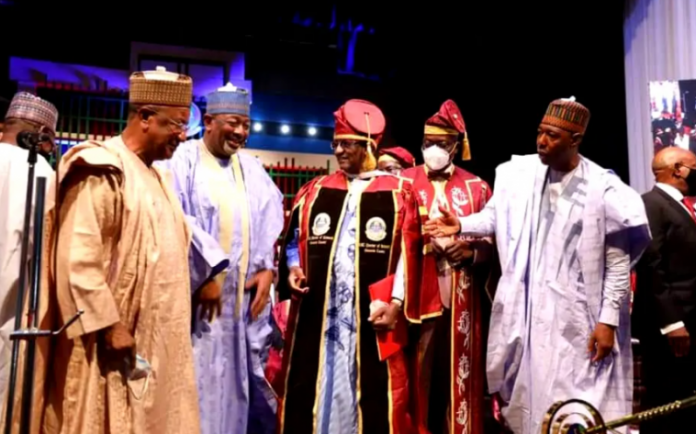 Borno State Governor, Babagana Umara Zulum has said, his administration will sponsor 200 citizens to specialize in different courses at the University of Lagos, UNILAG.

Zulum made the announcement when he led Borno’s delegation to attend Alhaji Muhammadu Indimi’s Conferment of doctorate degree by UNILAG.

The event also has in attendance the President Commander-In-Chief of the Armed Forces Muhammadu Buhari, ably represented by the NUC Executive Secretary Professor Abubakar Rasheed, Alhaji Aliko Dangote, Tetfund Chairman Kashim Ibrahim Mutawwalli and a host of other Distinguished Nigerians.

Zulum while commending the management and staff for their continued support in areas of research and innovation, Zulum noted UNILAG’s consistency in maintaining academic excellence.

Zulum stated, “we will raise the bar for good governance Allah willing”.

In other news, Former YBNL Princess, Singer Temmie in the latest video shares on social media talks about going to jail (watch the video here).