Home News Hushpuppi to be sentenced in October – US court 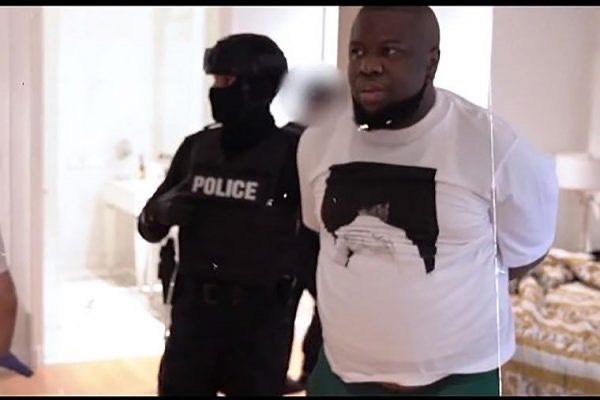 Meanwhile, the United States Attorney’s Office at the Central District of California has said that Hushpuppi will be “sentenced” in October 2021.

The court’s Director of Media Relations, Thom Mrozek, disclosed this to one of our correspondents in an emailed inquiry on Friday.

The court also confirmed that it ordered the FBI to arrest Kyari, who is being wanted for his alleged role in a $1m scam allegedly perpetrated by Hushpuppi and others.

“A U.S. Magistrate Judge has issued arrest warrants for the defendants in the case, including Mr Kyari. This is standard operating procedure in nearly all of the criminal cases filed by this office.

“Hushpuppi is currently scheduled to be sentenced in late October,” Mrozek stated.

The court official, however, did not disclose whether Kyari must be in court with Hushpuppi by late October.

In a plea agreement document sighted by The PUNCH, Hushpuppi has since pleaded guilty to money laundering and internet fraud-related charges

The document was signed by Hushpuppi; his lawyer, Loius Shapiro; and Acting United States Attorney, Tracy Wilkison, among others.

Meanwhile, the Coalition of Public Interests Lawyers and Advocate has said that Kyari’s indictment is an embarrassment to Nigeria, the Muhammadu Buhari-led regime, and the Nigeria Police Force. (Read it here).

The coalition, while claiming that Kyari is no longer unfit to remain the head of the police unit, faulted the decision by the NPF to investigative him, asking that the Economic and Financial Crimes Commission in collaboration with the Federal Bureau of Investigation as well as the Police Service Commission should take over the investigation.

The COPA said this in a statement issued on Friday by its National Coordinator, Pelumi Olajengbesi, and titled, ‘The Indictment of DCP Abba Kyari by the US Federal Bureau of Investigation Over Allegations of Fraud and Abuse of Police Powers.’