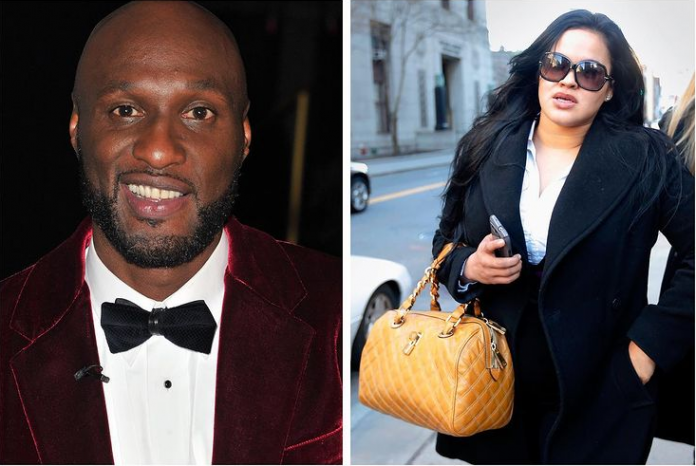 A judge just handed Lamar Odom a large financial blow after ordering the former NBA star to pay his ex Liza Morales nearly $400,000 as he hasn’t paid a cent of child support in more than a year.

In court docs that were obtained by @tmz_tv, a New York Judge ruled Lam Lam stopped making payments to his ex, Liza Morales, in June of last year even though a 2015 settlement agreement required him to pay thousands of dollars per month to her to help out with their two kids.

READ ALSO
Nicki Minaj warns Cardi B, says she will die if she keeps attacking people

In other news, a Nigerian lady gets fans talking as she drinks a cocktail from a “Lantern” (Read it here).

Johnson Olumide - February 17, 2020 0
Tha Carter V American Rapper posted this pics of him getting a new tattoo. the funny thing about this new tattoo is that does...

Davido agrees to help Video Director Who Begged Him After Calling Him ‘talentless’ to...

Johnson Olumide - March 21, 2020 0
OBO of naija music, Davido took to his social media to expose a music video producer whom shammed him via CDQ's comment session. A comment...

Violette - September 4, 2018 0
Controversial Big Brother Naija 2017 finalist, Tokunbo Idowu, who is popularly known as Tboss, has finally spoken after she was listed among the worst...

I never wanted to be popular – Rapper M.I Abaga

Johnson Olumide - January 2, 2020 0
Jude Abaga, Nigerian rapper and record producer better known as M.I, says he never wanted to be the most popular rap artiste in the...