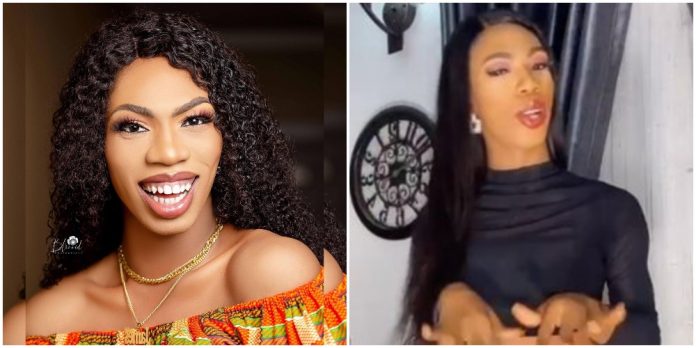 Controversial Nigerian cross-dresser, James Brown has revealed how he used his father’s land to buy a bone straight hair worth of three million naira. 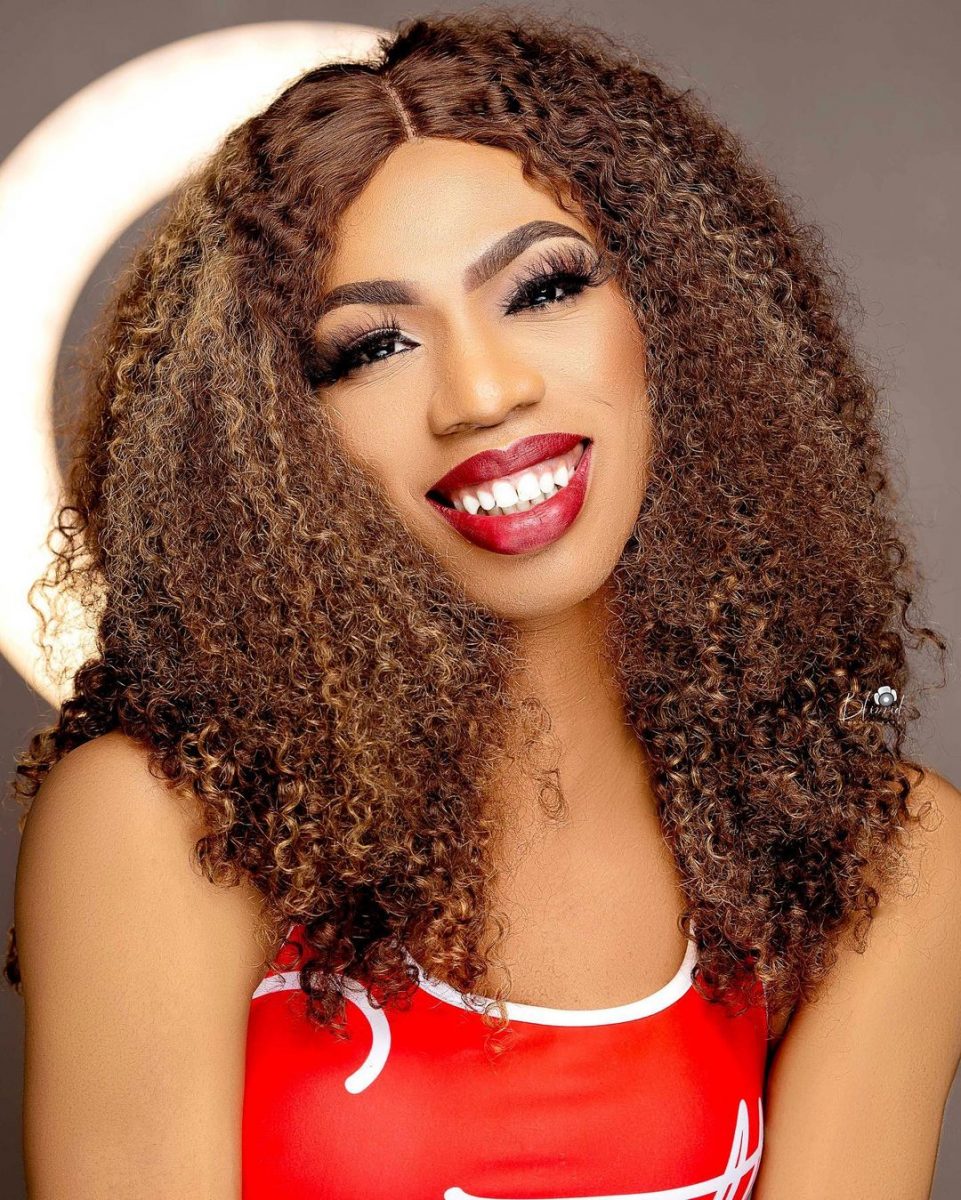 Bobrisky might be regarded as the biggest cross-dresser in Africa but he has been forced to face stiff competition from James Brown.

James Brown and Bobrisky has faced off on social media on numerous occasions and despite that things has cooled off in the past few days, their rivalry still continues. (READ MORE ABOUT THEIR LAST DRAMA HERE).

However, the latest post shared on social media by James Brown has nothing to do with Bobrisky but how he sold his father’s land to get himself a bone straight. Am f

According to James Brown, he decided to sell his fathers land to acquire the luxury hair after a fan mocked him for a wearing a regular hair despite his celebrity status, at a restaurant in Lagos.

James Brown who was not concerned about fans will say about his act took to his official Instagram page to flaunt the new acquisition.