Home Entertainment “I can’t use my hands” – Kemi Olunloyo cries out as she... 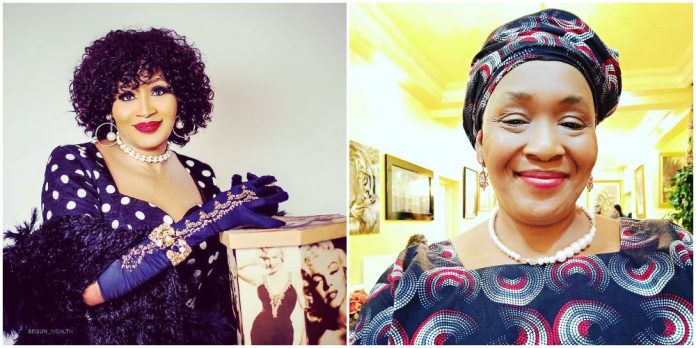 Controversial Nigerian investigative journalist, Kemi Olunloyo has taken to social media to announce that she’s down with carpal tunnel syndrome. 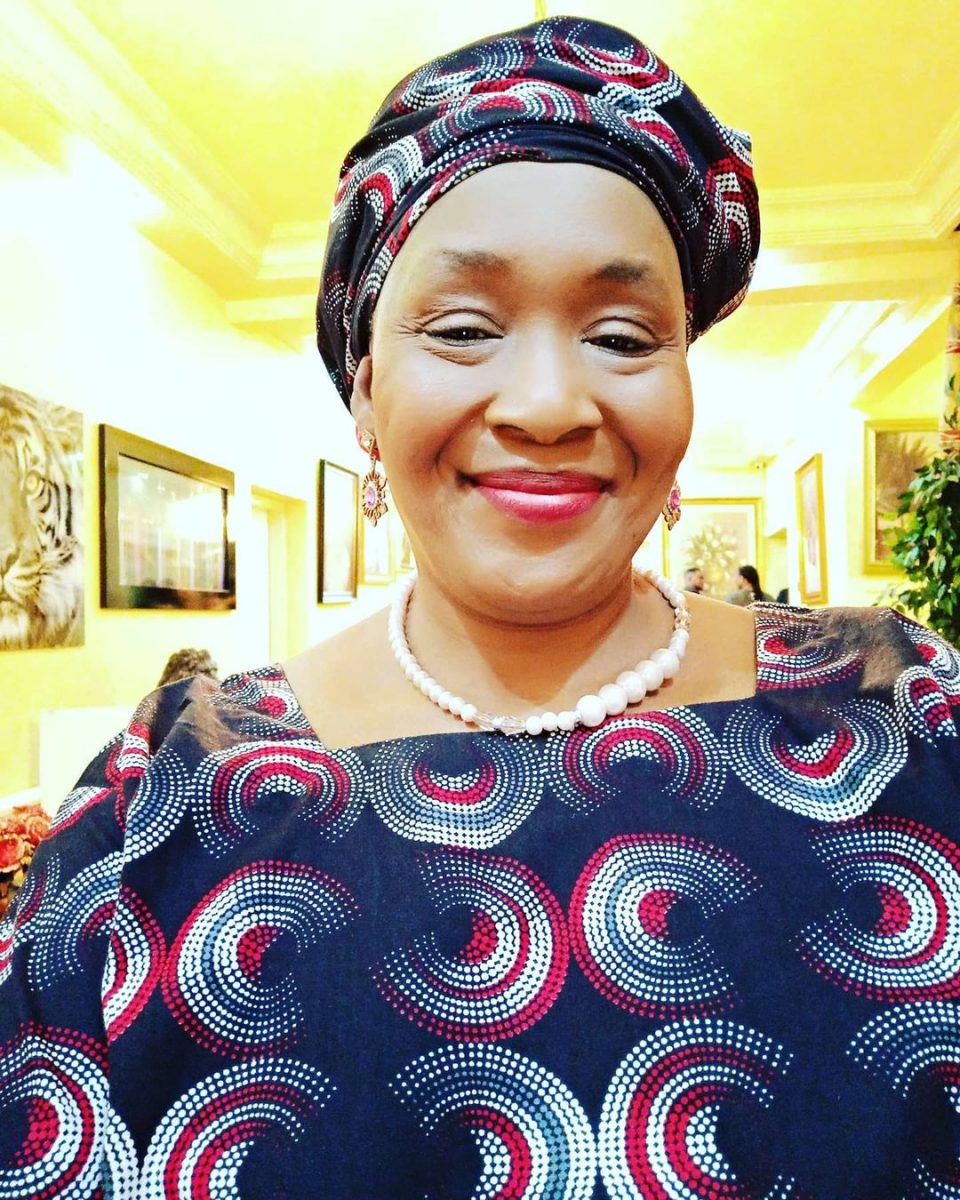 Kemi Olunloyo has grown to become one of the most trustworthy journalists in the country, breaking news as it unfolds.

Despite her consistency, she has not been free from controversies as she’s been caught in a dramatic scene with some top personalities like Davido (Read Details Here ).

Carpal tunnel syndrome also called median nerve compression is numbness and tingling in the hand and arm caused by a pinched nerve in the wrist.

According to Kemi Olunloyo, the pain she’s suffering from the disease is unbearable and she will be taking some time off social media.

Kemi Olunloyo added that she will be back in August or September as she tends to spend time on herself. 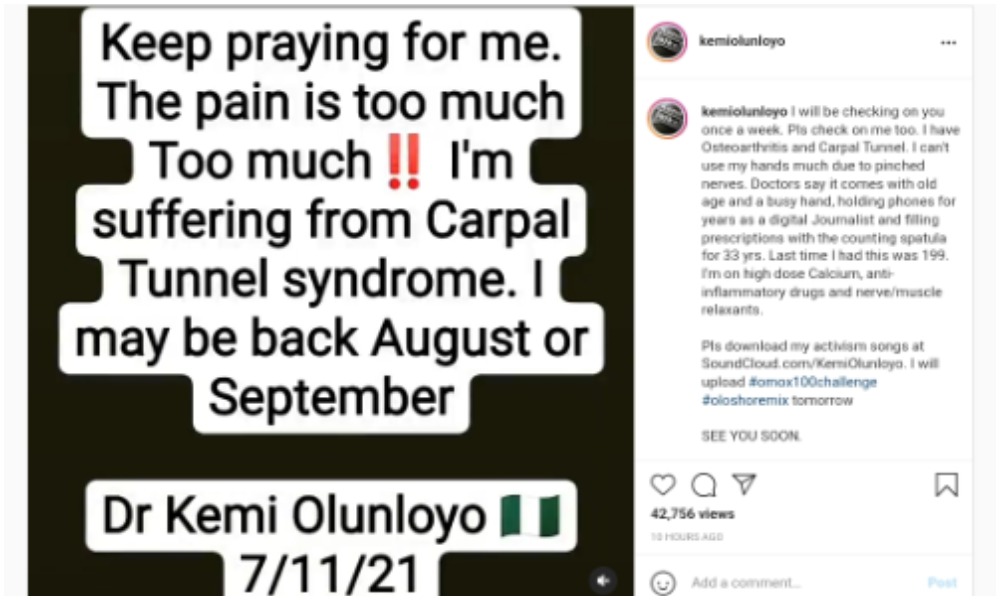 Kemi Olunloyo is sharing this sad news just hours after veteran singer and songwriter Sound Sultan was pronounced dead after losing the battle to cancer.