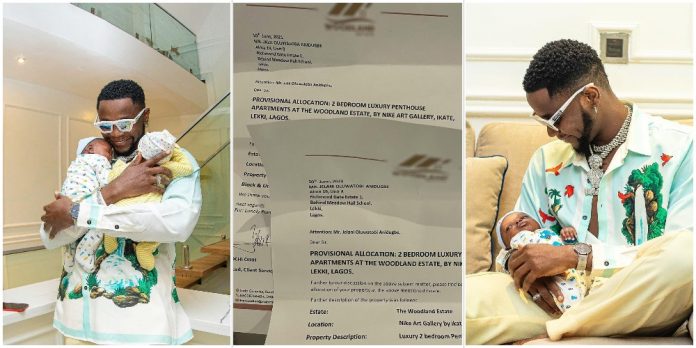 Nigeria music star, Kizz Daniel has decided to show love and affection to his newborn twin, Jalil and Jelani, by gifting them a house in Lekki, a city in Lagos State. 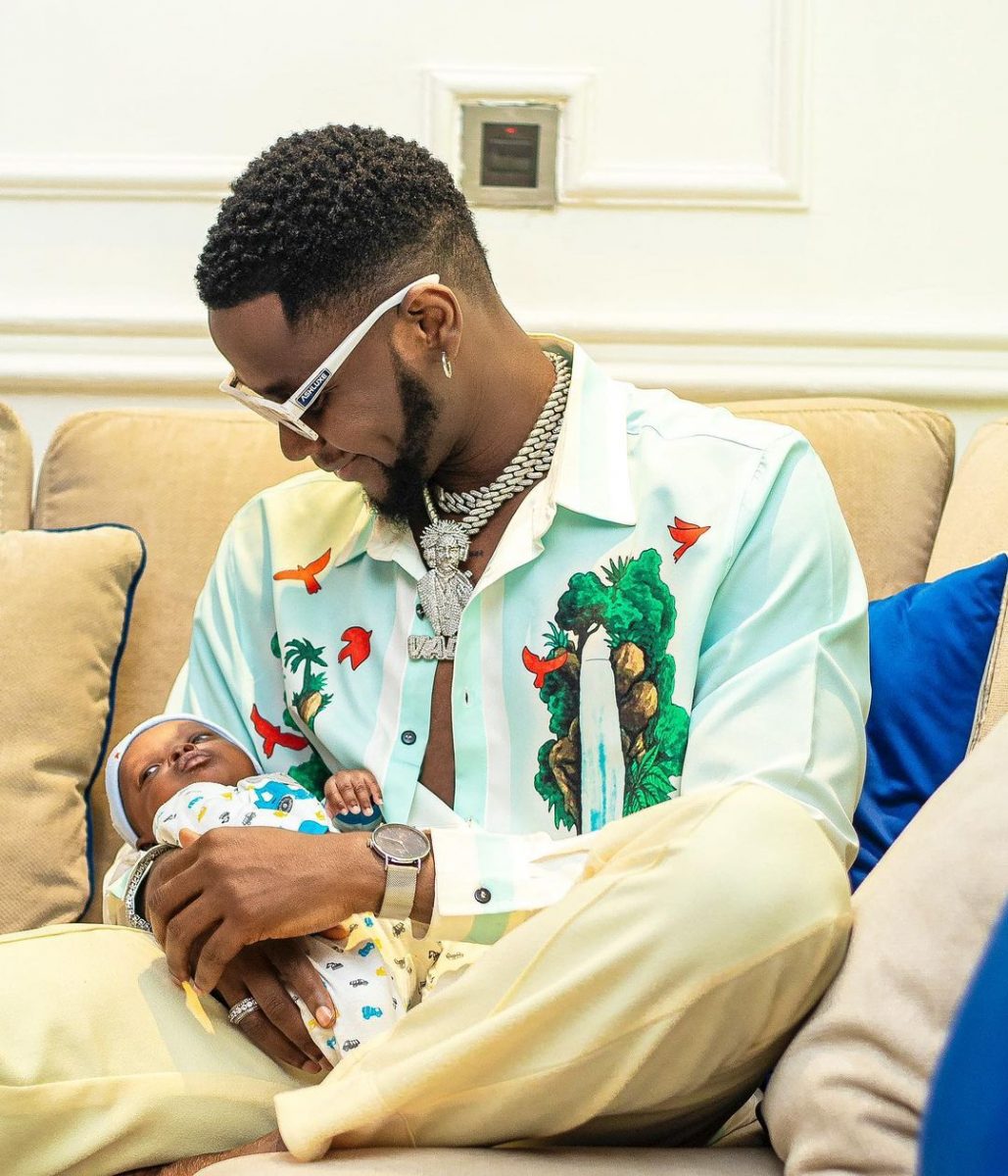 It would be recalled that Kizz Daniel welcomed his twin some weeks ago and he has been consistent in showing them off on social media.

According to Kizz Daniel, one of the children who was named Jamal died on the fourth day and he promised him that he will be the best father in the world to his brothers.

Kizz Daniel has now fulfilled one of his promises as a loving father by gifting the kids a new house worth millions of naira in Lekki, Lagos State.

Sharing pictures of himself and the twin as well as the documents of their house, Kizz Daniel wrote:

GOD blessed me with 3 boys a while back ?? JAMAL, JALIL and JELANI (triplets). 4 days after i lost JAMAL. Nevertheless, I made a promise to him that I’ll be the best father in the whole galaxy to his brothers….. Congrats to the latest Home owners in town , Jelani and Jalil ❤️ My first gift to my sons ? #Okunrinmeta