BBnaija reality TV star, Vee has been called out by a Nigerian Online clothing brand on social media after a fallout on their agreed deal.

According to the brand, they are requesting that Vee pays them what she owes them which is reportedly around N1.9 millionaire.

Vee had earlier today, July 6 taken to her Instagram page to reveal that she is no longer promoting the clothing line company.

“I am no longer associated with Zeena and Zara brand, regard every image by me shared by them as false advertising and only do business with them at your prerogative,” she wrote.

It didn’t take long before the clothing line responded and accused the reality TV star of not keeping to her end of the deal. 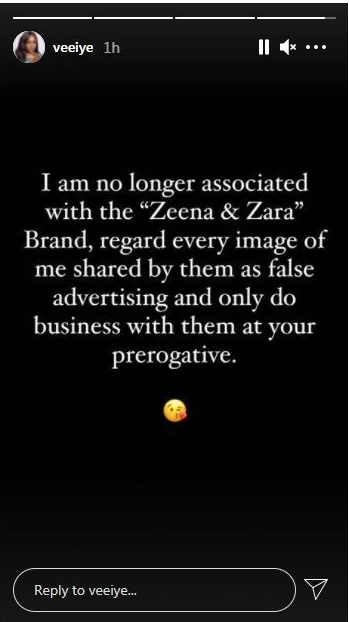 “Apparently Vee paid 2million out of the 2.5m she was given for the deal she refused to honor. However, the shoot including the items she took cost about 1.4million which she insisted on not paying back,” they responded on their Instagram page. 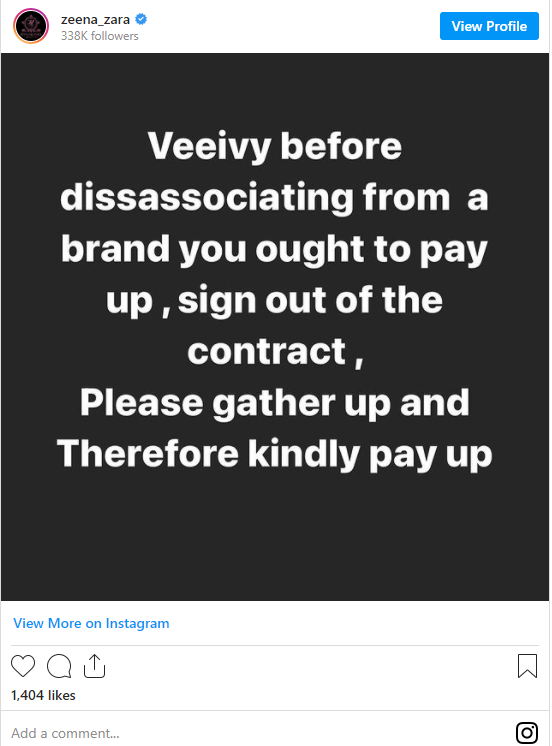 “Now she refused to pay for the loss incurred for the shoot, not forgetting that she made away with items worth 400k including the 500k balance from the ambassadorial deal payment, all tuned to about a total of 1.9million.