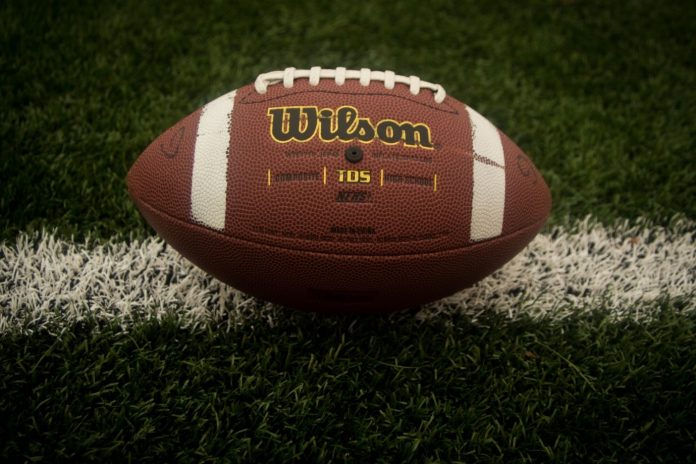 With football season just weeks away, fans across the nation are bracing themselves for an exciting season. Some have bought flags to fly in their yard or from their porch to show team spirit. Some are digging that old jersey out of their closet so that it’s ready for game day.

College football especially invites this spirit of enthusiasm. On those university fields, young men battle to begin their dream of playing professional football.

Everyone watching the game knows what the players stand to gain if they win. However, if you get into college football betting, you can gain more than team spirit from your team’s victory.

College football betting can bring fresh excitement to a game, but several myths surround the pastime. So, before you get into your next bet, read through this guide to learn how to bet wisely.

College Football Betting Is Worth Less Than NFL Betting

Many people believe that NFL sports betting is the best football betting strategy. In reality, this is not true. NFL betting is the most popular way to bet, but it’s not the most profitable.

NCAA college football has significantly more teams than NFL football. As such, there are more chances for Vegas or other bettors to make mistakes in their bet. If you’re a college football fanatic who knows your stuff, there’s a higher likelihood of seizing value in this sport.

You Have to Bet the Better Team to Win

On average, bettors tend to favor teams with more wins. This approach may seem like common sense, but it often has significant downsides.

The average bettor often overestimates the strength of players in a given conference or team. However, if you’ve been football handicapping for long, you’ll eventually notice that college football doesn’t vary as much as people assume it does.

At the professional level, most players play on essentially even ground. College football may have more drastic differences in ability, but generally, two teams playing one another have similar skill levels.

A team considered “inferior” often have more motivation to drive an upset than a defending team has to preserve its title. As such, it’s possible to see an underdog overcome the disparity.

There’s another reason to bet on underdogs, though. When you do, you have a critical element of strategy for the game. College teams strive to win games by any means necessary.

Usually, that means leading teams play defensively in the last few minutes of a game. They don’t want to lose their lead by getting greedy with points. Losing teams, however, play aggressively to put more points on the board.

If the point difference is only one touchdown or field goal, there’s a strong likelihood of a losing team overtaking the leading team. Don’t be afraid to take a chance and bet on the underdog in such cases.

You Win by Listening to Media Experts

Sports media is a formidable force. They have a vast array of knowledge at their fingertips, including definitions, statistics, and game strategies. They can give hours of in-depth analysis explaining how a player messed up a play or how a maneuver affected the tide of a game.

What they often fail to do, however, is accurately predict who will win a game. Media personalities often treat football handicapping as an inferior, “off-brand” approach when compared with their “expert” analysis. However, the fact remains that many bettors more accurately predict victories.

As such, listen to other handicappers you know. Consider crucial factors like home-field advantage, the condition of starters, etc., when you place your bet. Whatever you do, though, don’t take media speculation as written law.

Some touts are legitimate strategists who can help you win more money. Many others, however, are scam artists. So, the question becomes, “How do you tell one from the other?”

There are several ways to make this distinction. First, anybody who tells you that they have win rates of 70%-80% is someone you should not believe. If a person could predict games with that degree of accuracy, they’d be billionaires by the end of the season.

A more realistic long-term win percentage for a sharp handicapper would fall in the 55%-60% range. You can find such ranges on services like docs sports.

Another way to distinguish a scam artist tout is if they offer several services within their one service. Touts provide so many services so they can truthfully claim victories at inflated rates.

You Can Get Something for Nothing

Several people believe the myth that football betting is an ideal way to get something for nothing. In reality, few things could be further from the truth. If you want to turn a profit through football betting at any level, you must treat it as a business.

To understand the fundamentals of the business, start by recognizing this fact. When oddsmakers put outlines, those lines aim to divide the betting public by making both teams seem equally attractive. In doing so, sometimes the lines become incorrectly drawn.

To make a profit, search for those incorrect lines. If you can’t spot any such lines, it’s best to avoid wagering. Otherwise, you may lose the money you can’t afford to lose.

How do you find the incorrect lines? Start by viewing games as neutrally as possible. If you can’t make a game, watch as much post-game analysis as you can and take notes. Keep records of scores, injuries, and statistics for further research.

If college football betting sounds appealing to you, take the first step. Find a reputable betting service that lets you place the wagers you feel comfortable with. Whether betting becomes a fun hobby or a business, remember only to make wagers you feel confident about.