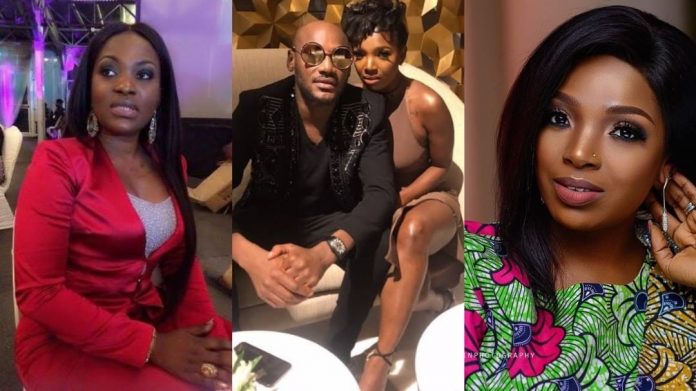 Annie Idibia, wife of veteran singer and songwriter, 2face Idibia has revealed that she’s tired of their marriage, calling out her husband for allegedly sleeping with his ex-girlfriend. 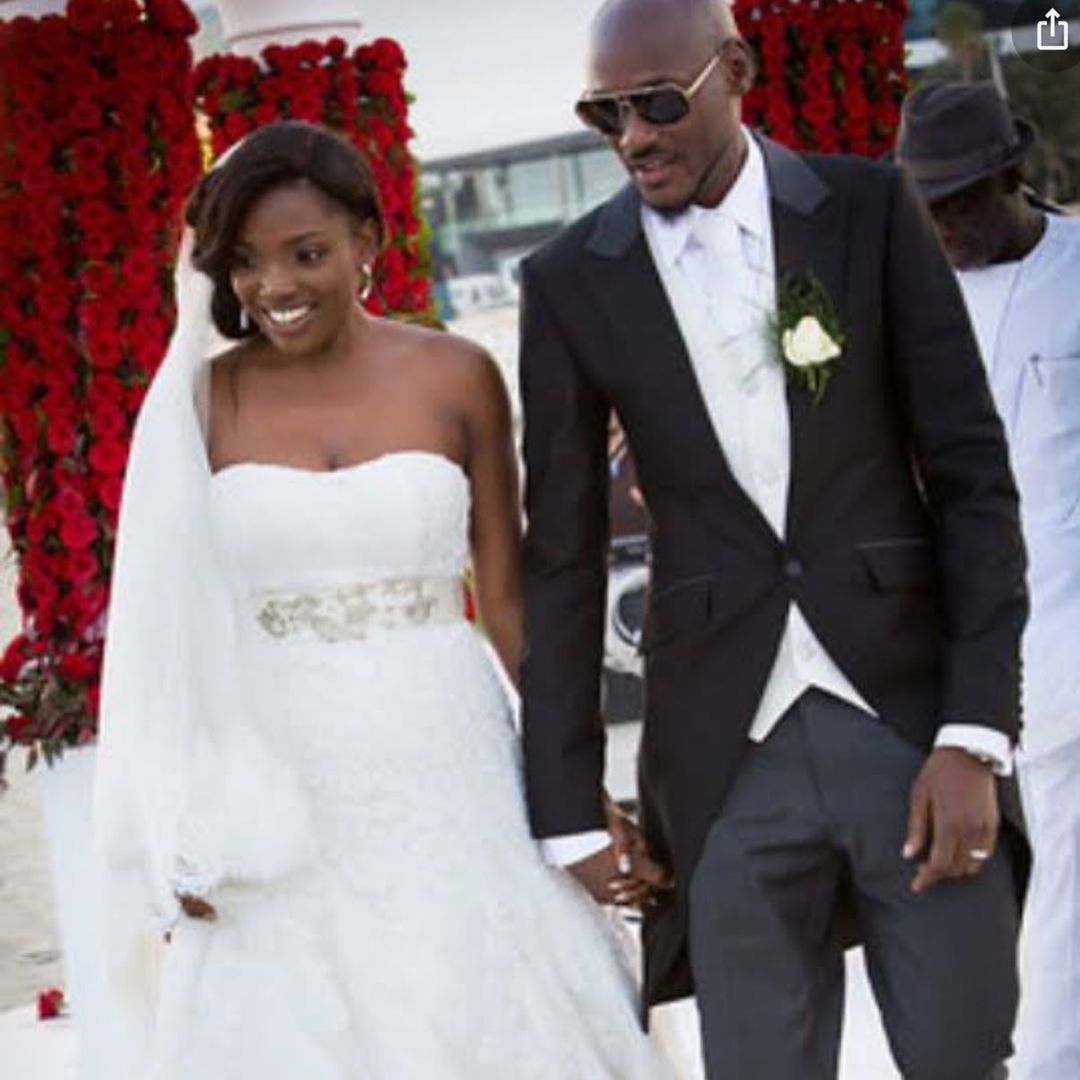 2face Idibia has become popular for the number of children and baby mama he has but no one would have predicted a dramatic scene between him and Annie.

The singer married Annie despite having kids with another woman and their love have been rosy ever since then.

However, in a series of posts on her official Instagram story, Annie Idibia called out her husband and his family members.

In the post that has now gone viral, Annie Idibia accused 2face over sleeping with one of his Baby mamas, Pero Adeniyi under the same roof while using their kids together as an excuse.

She further lamented bitterly of how patient she has been and despite all that, her husband’s family still doesn’t love her.

The star actress noted that despite being a patient woman, she’s not a fool and can’t accept all the drama occurring in her marriage. 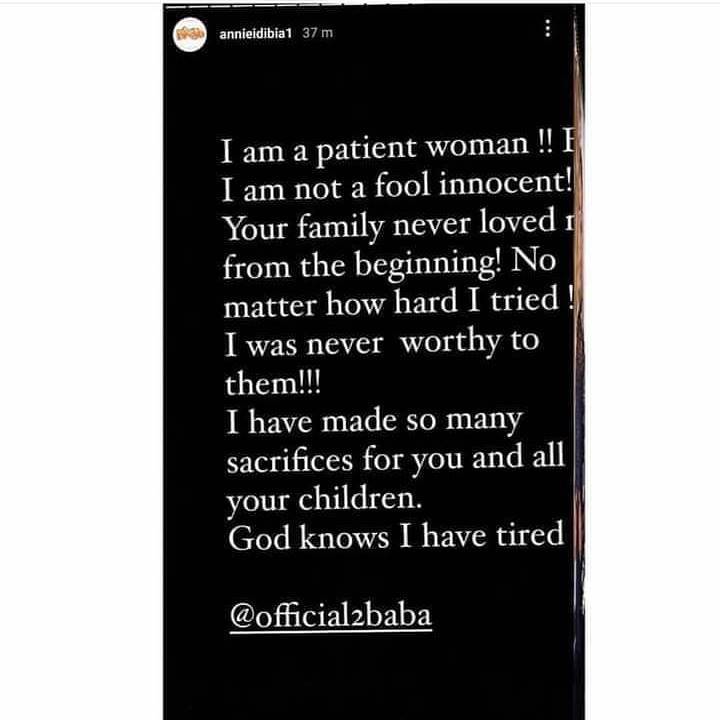