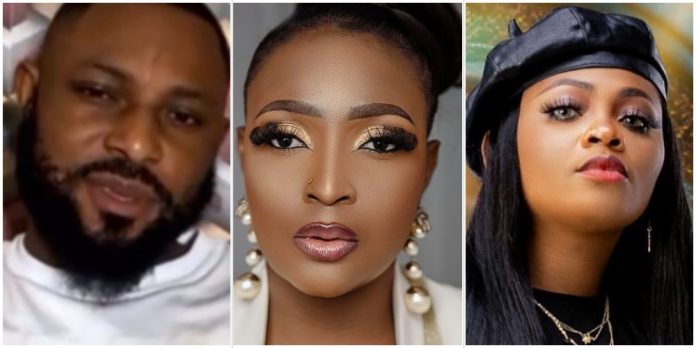 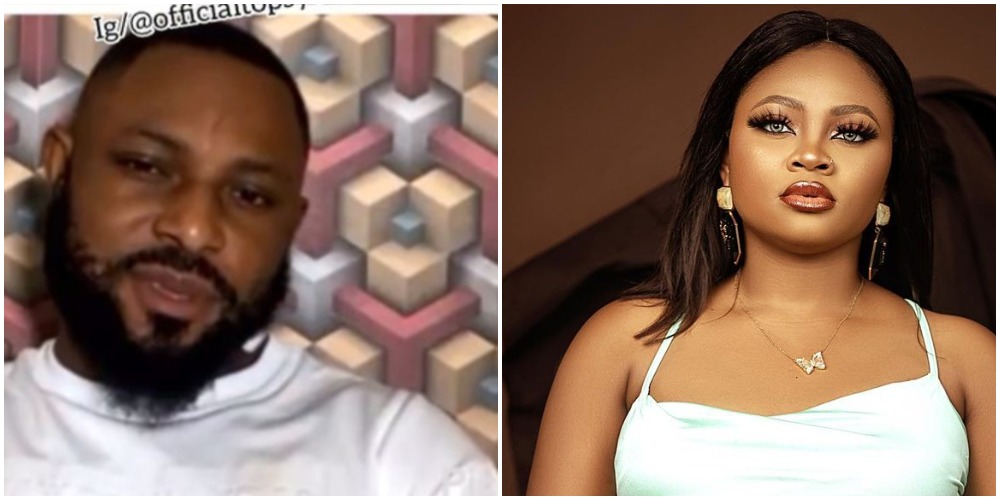 As earlier reported that Tega’s husband broke silent about her relationship with Boma at the reality show some hours ago insisting that he’s heartbroken.

AJ who made this known during a conversation with Tunde Ednut revealed that he has not been able to leave the house ever since his wife was caught in a steamy session with Boma, (Watch Video Here).

READ ALSO
#BBNaija: “You’Ve Changed” – Miracle Says To Nina As They Quarrel Over Cee-C And Others

According to Blessing Okoro, it’s sad that Tega’s husband has not heard from her but dares to grant an interview.

She noted that if he truly loves her, he would have waited to hear from her before granting an interview.

Blessing Okoro noted that Tega’s husband is not hurt by the situation of things as he’s just using emotional manipulation to gain sympathy from Nigerians.

Not willing to leave any stone unturned, Nkechi Blessing noted that what a real man will do is ask for his wife and not grant an interview.

Violette - September 24, 2020 0
Multiple award winning singer and songwriter, Wizkid have released the visuals for his hit single 'Smile' and he made sure the visual came with...

Violette - May 28, 2021 0
Nigeria music stars, Burna Boy and Wizkid have continued their good form in the entertainment industry as they bag nominations at the 2021 BET Award...

Etinosa Is A Good Person, Instead Of Blaming Her, I’d Rather Blame Myself’ -Daddy...

Violette - November 10, 2019 0
Bella Adenuga Disu, the daughter of Nigeria Billionaire, Mike Adenuga is taking the footsteps of her father as she announce the opening of her...