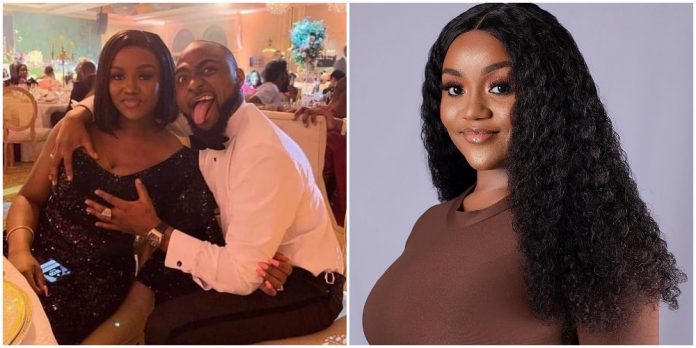 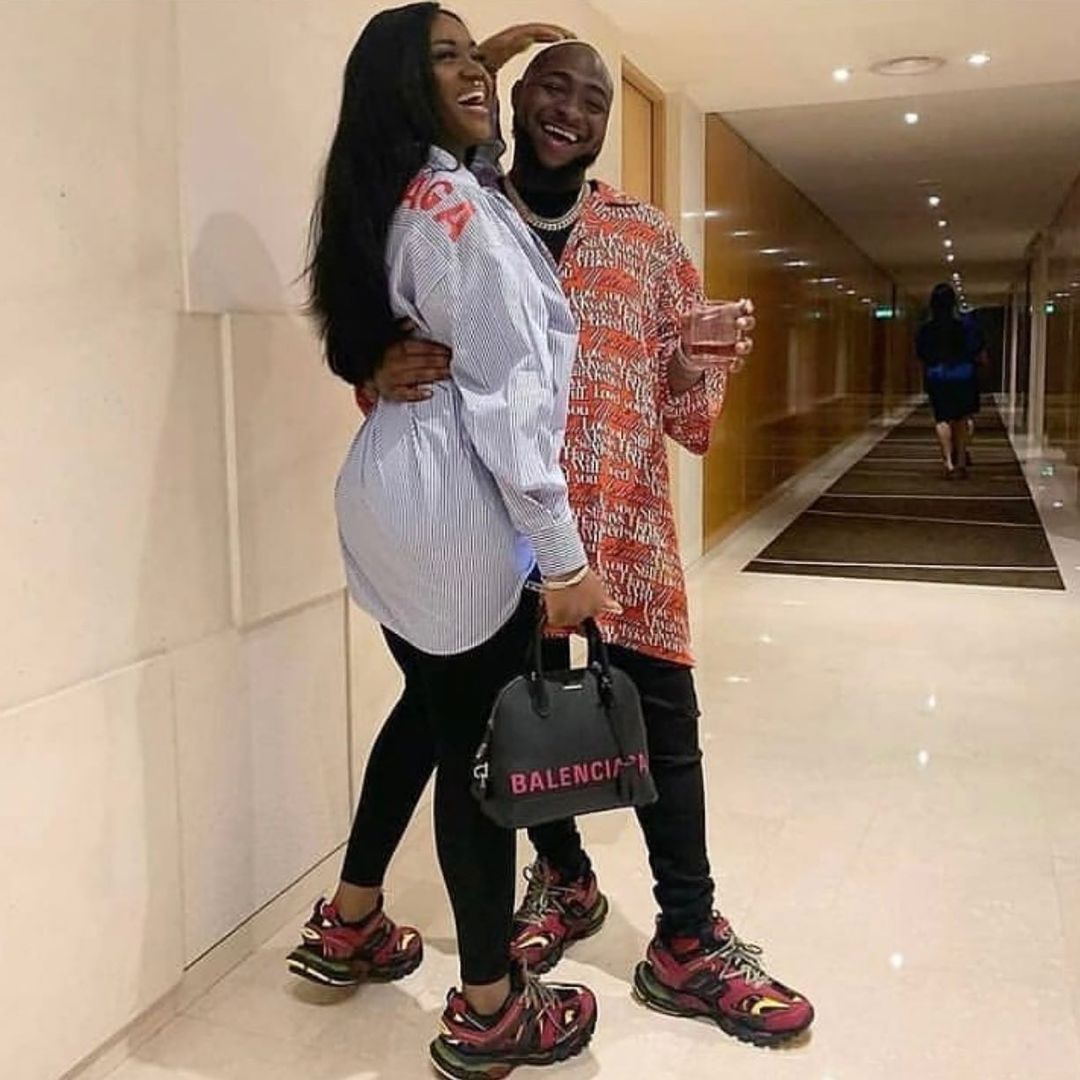 It would be recalled that Davido’s relationship with Chioma hit the rock some months ago after the singer was accused of cheating on her.

Davido raised eyebrows at that time when he was spotted hanging out with American model Mya Yafai.

The singer and songwriter were spotted holding hands with Mya Yafai outside a night club and things got more dramatic when they were spotted kissing, (Read Details Here).

With Chioma reportedly out of Davido’s mansion at Banana Island, multiple reports have claimed that both lovers might not reunite again.

According to Gistlover, Chioma is now in a relationship with someone better than Davido and it will remain a secret unless she feels like sharing it with the public.

Sharing a loved up picture of Davido and Chioma, Gistlover wrote on its official IG page:

Na who remember this picture.

I seriously want this couple back together. Chioma already moved on, she’s currently dating someone way way way better, let’s respect her privacy for now except she blows it open. 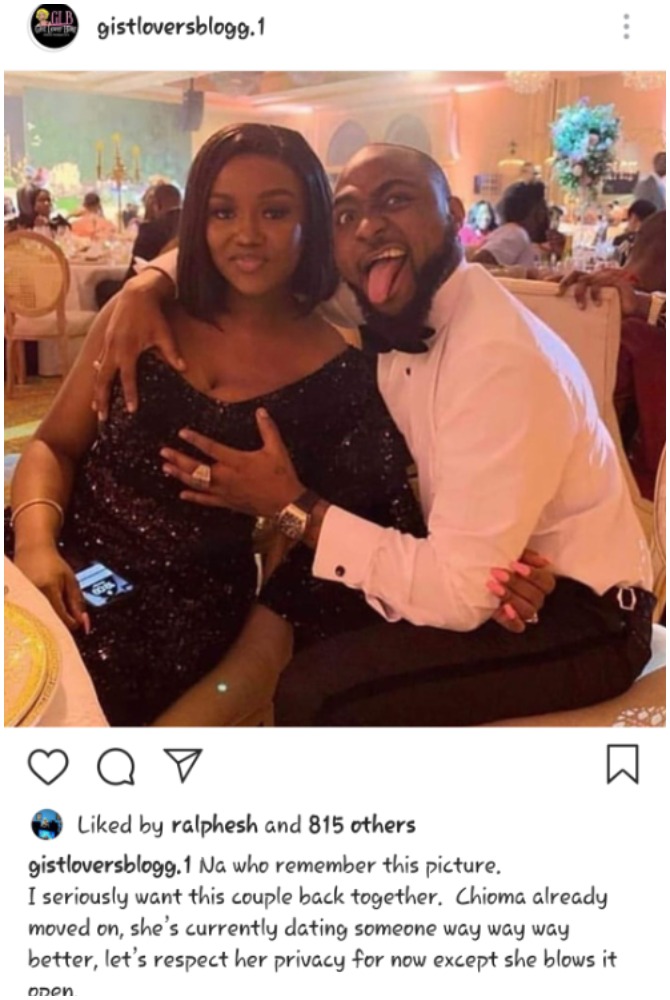 All eyes will be on Davido and Chioma as fans are hopeful both parties will sort out their differences to walk down the aisle.