Home Entertainment BBNaija BBNaija: Pere Does Not Hate Me, We’ll Be Bestfriends Outside The House... 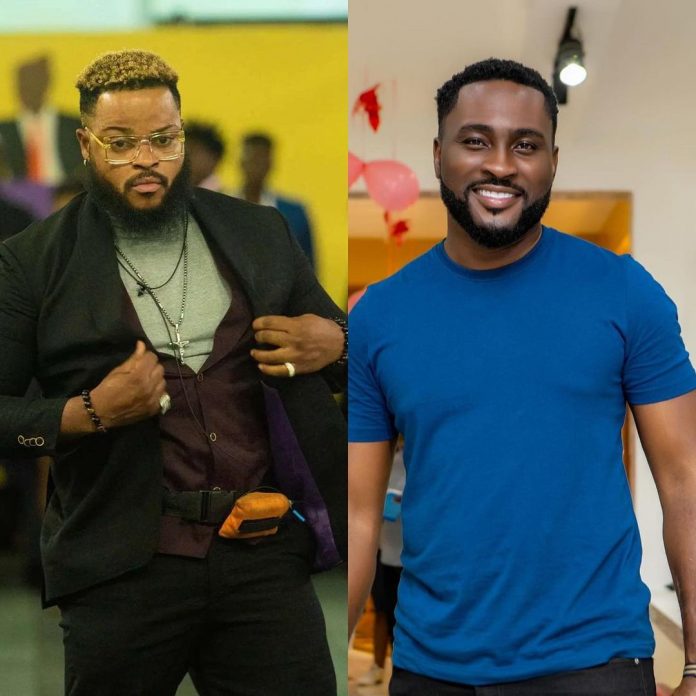 Big Brother Naija housemate Whitemoney has stated that he believes Pere does not h*te him although they clashed some weeks ago.

Whitemoney and Pere clashed weeks ago and caused some tension between them. The two were at loggerheads in the house until recently.

Whitemoney and Pere had a fight in the house which got the housemates infuriated and accused Pere of being a bully, Recently too, Pere, Whitemoney and Queen fought over a pillow.

However, in a conversation with Queen, Whitemoney disclosed that he believes that Pere will be one of his closest friends outside the house. Whitemoney says Pere doesn’t h*te him and he’s sure their relationship will get better.

“Let me shock you guys Pere does not h*te me, he might dislike some characters of mine which is normal…But everyone has a personality, his personality comes with an ego. Me and Pere after this house, we will be like 5 & 6” he said.

Still on entertainment news, Actor Richard Mofe Damijo (RMD) revealed that in his 37-years of acting with actress Sola Sobowale, his yet to kiss her and wants the opportunity to do so (Read Details Here).