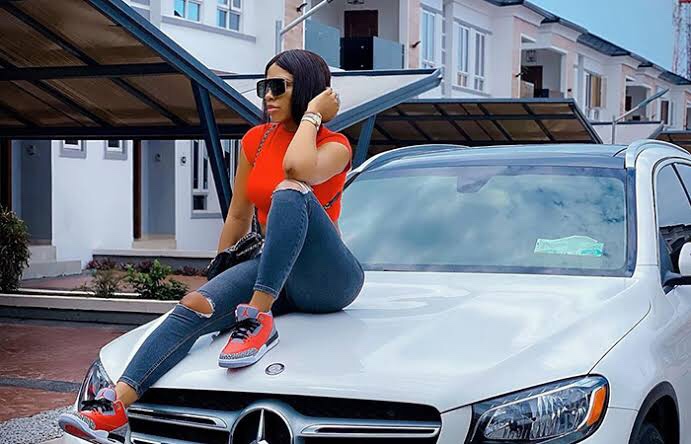 Reality TV Star, Mercy Eke was left with a wrecked vehicle after she was involved in an auto crash with her Mercedes Benz Coupe on Saturday.

It has been just two months since mercy acquired the Mercedes Benz that was reportedly worth N30M.

The car happens to be her second Mercedes Benz. In April, the reality TV star bought a Mercedes Benz G-Wagon.

The reality tv star shared a video showing her car after the event. She explained how grateful she is to God for his mercy over her.

In other news, BBNaija female housmate, Angel days after claiming she has a boyfriend outside,asked Cross to eat her P*ssy and he turned her down (watch the video here).