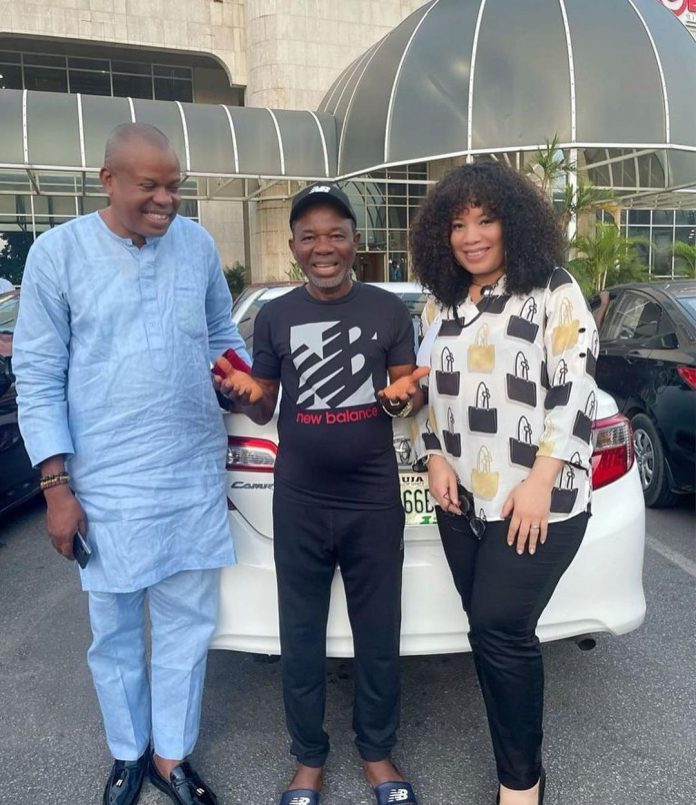 Agu was first arrested by the Nigerian Army on October 7, 2021, around Upper Iweka in Onitsha, Anambra State, for wearing a Biafra outfit while distributing bread and other items to the poor. (watch video here).

The army had accused him of soliciting support for the proscribed Indigenous People of Biafra which has been accused of several acts of terrorism. He was subsequently handed over to the DSS for investigation and prosecution.

In other news, 2face Idibia and his baby mama Pero coincidentally both arrived Abuja today for different events, ad rumors of a rift between 2face and his wife Annie Idibia continue to spread like wildfire. (watch the video here).