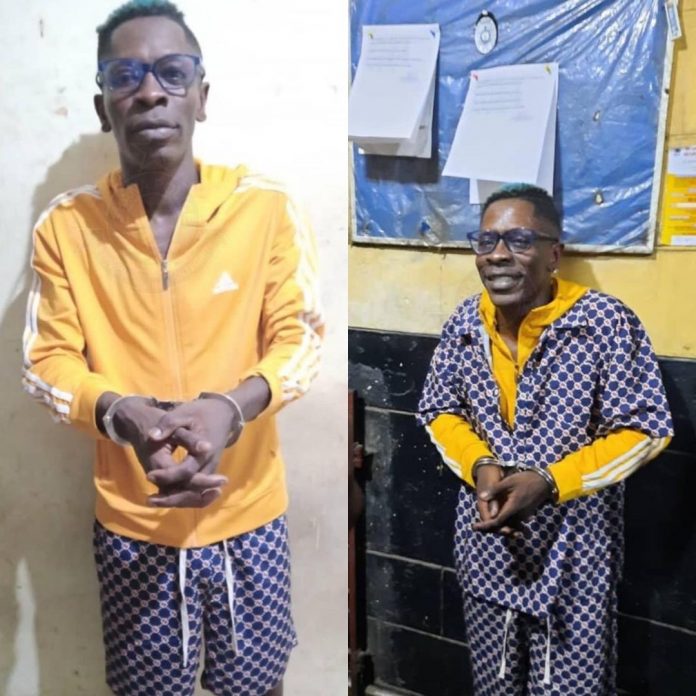 Dancehall superstar, Shatta Wale has been granted bail a day after he was arrested by the police.

Following this development the Ghanaian police immediately mounted a search for the culprits but it was later learnt that the shooting was a lie and was made up by Shatta Wale and his team.

And he was immediately arrested with two other suspects as the Ghanaian police swore to take full law on this matter. ( read news of his arrest)