Home Entertainment “These women are lying about their post”- Actress Joke Jigan reacts to... 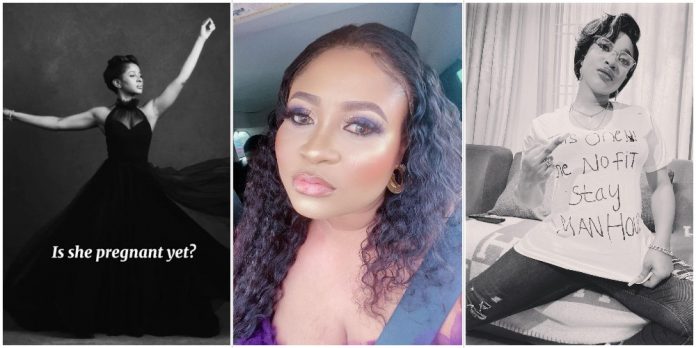 Nollywood actress, Joke Jigan has challenged women who are posting about the latest challenge on social media called the Nobody-like-Woman challenge. 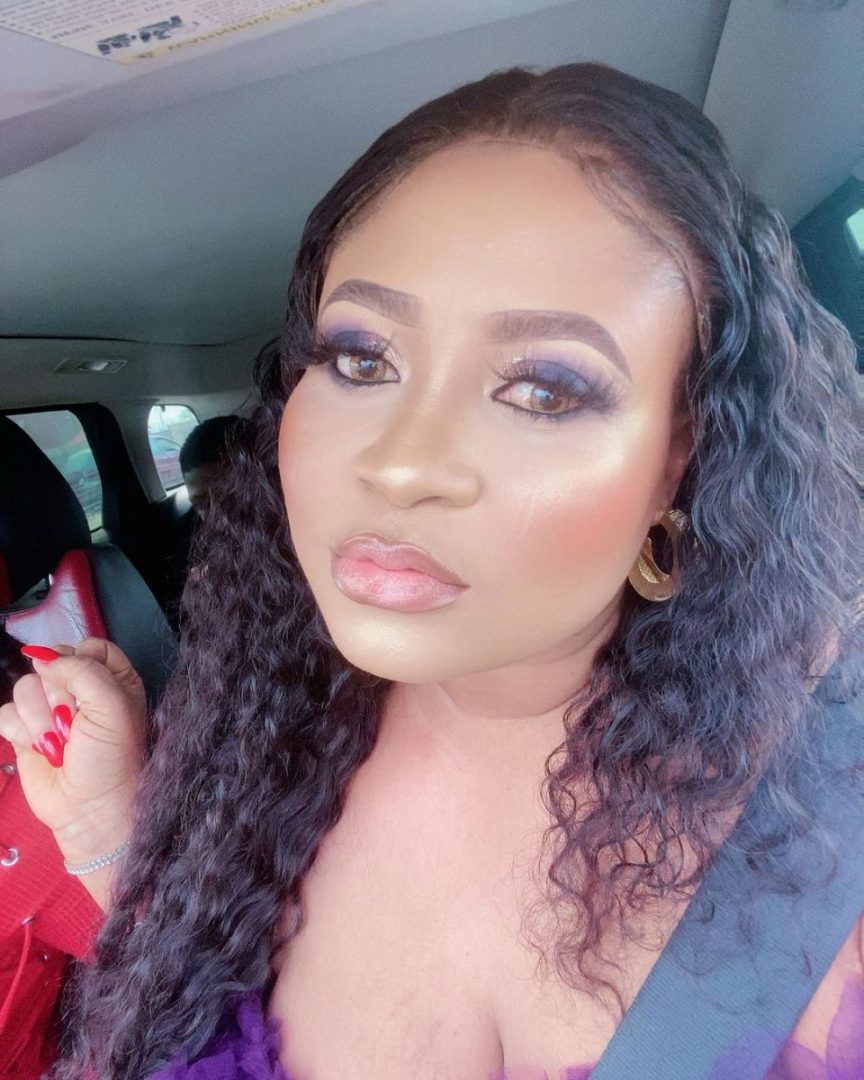 The Nobody-like-Woman challenge was started by talented singer and songwriter, Simi who urged numerous women to share the ugly and degrading words that had been hurled at them by many people for different reasons.

Top personalities in all walks of life have joined the challenge, sharing the post on their respective social media platforms.

The likes of Adesua Etomi, Tonto Dikeh and Mercy Eke have caught the eye of fans with their message but Joke Jigan is not moved by the challenge.

Taking to her official Instagram account, Joke Jigan revealed why she’s not pleased with the challenge that signifies women supporting themselves.

According to the star actress, some of the women involved in the challenge are lying about their predicament.

She noted that all women do is backstab each other, gossip about themselves and try to pull down their colleagues.

In related news, popular reality star and brand influencer, Kokoby Khloe has revealed how long it took her to decide on undergoing surgery to enhance her body.

Khloe also shed light on those who believe surgery is a bad thing, adding that it’s poverty that makes people think in such a direction, (Watch Video Here). 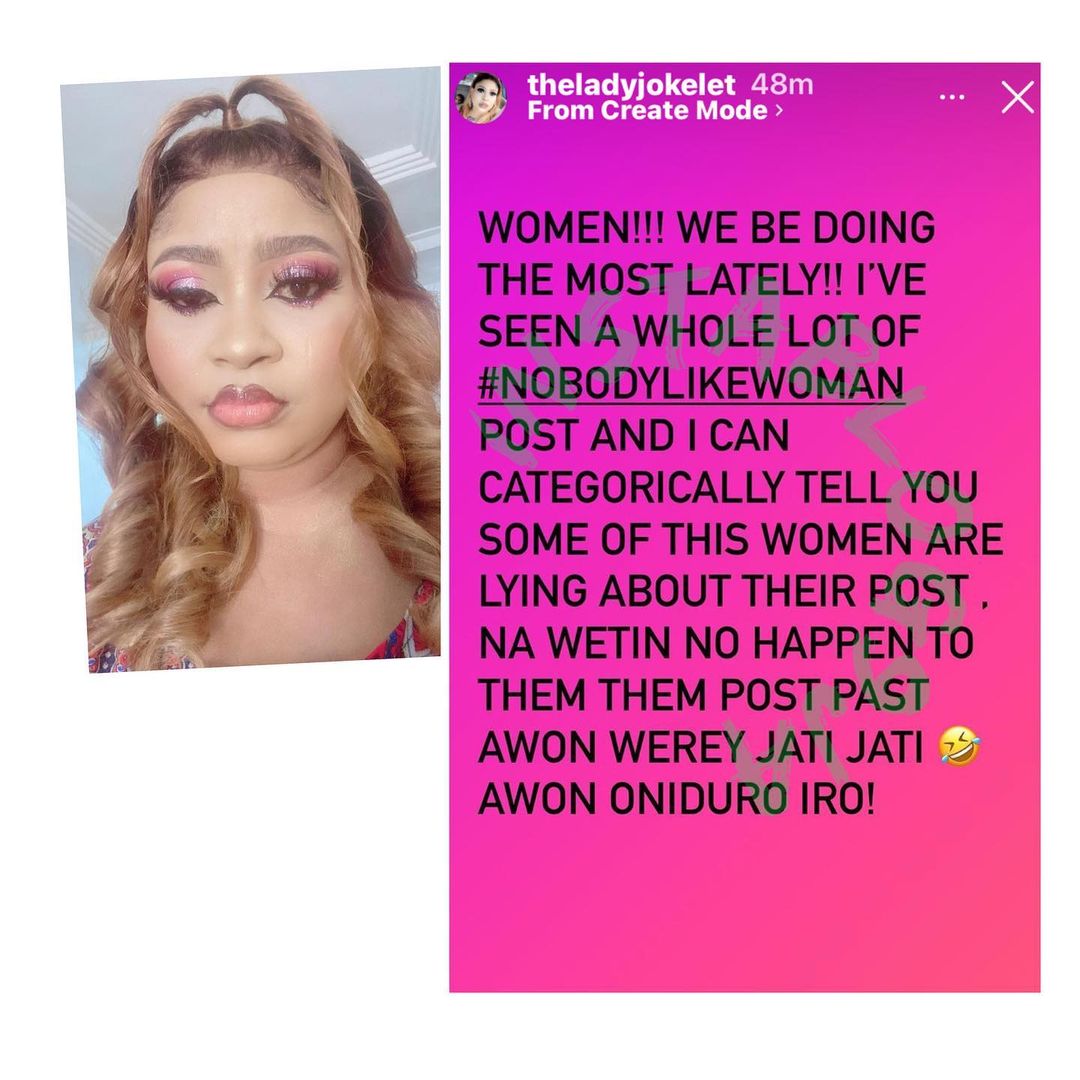 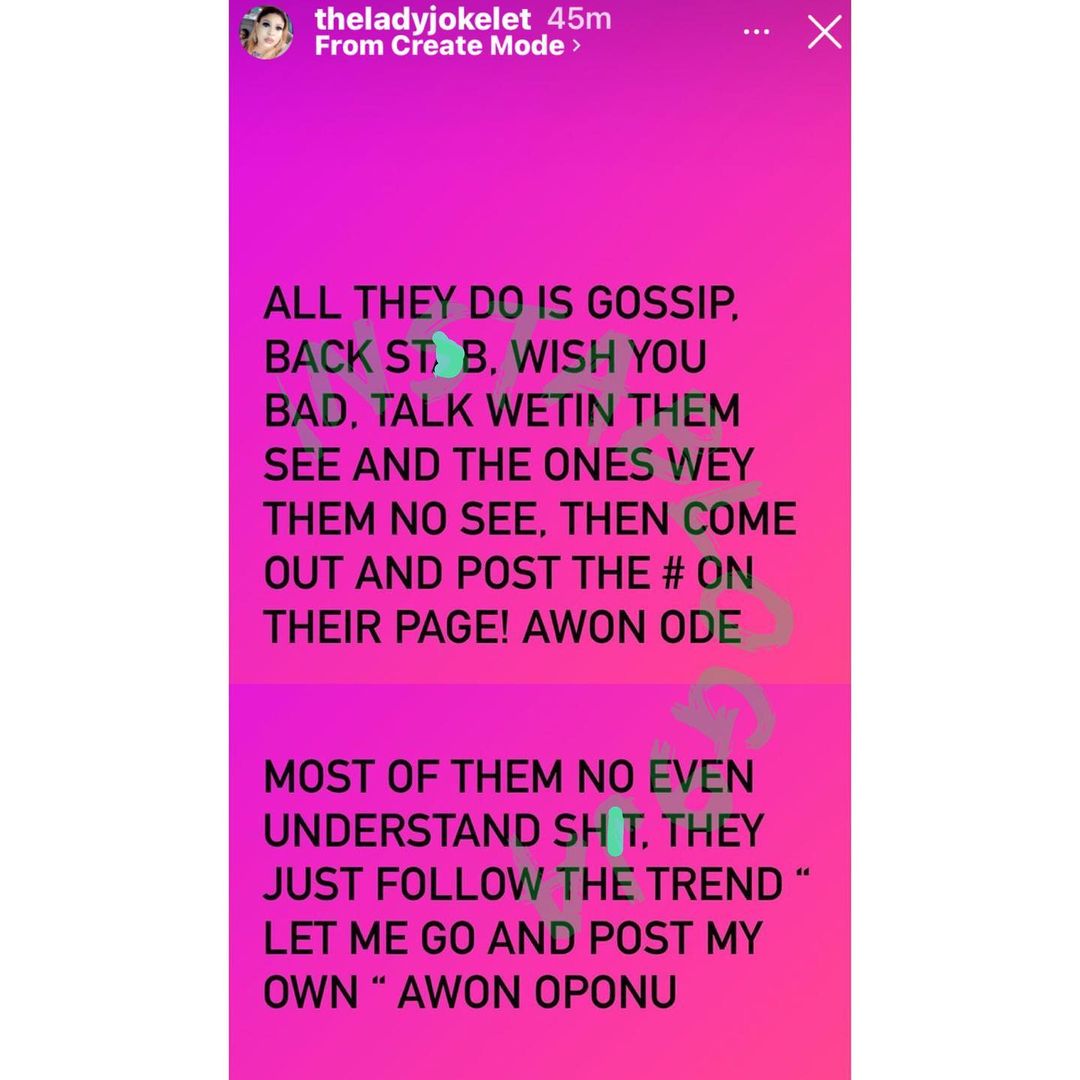