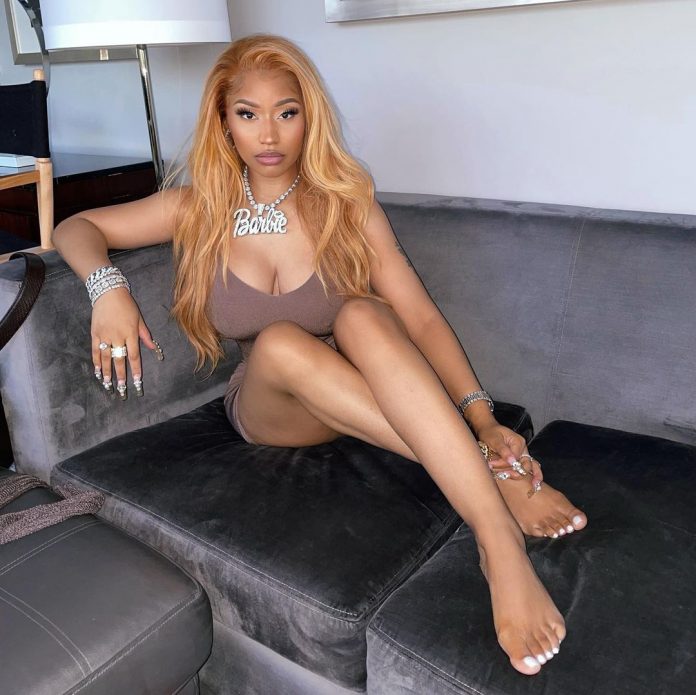 Nicki via her Instagram revealed that the song has been on repeat for weeks. The U.S rapper who is currently married to Kenneth Petty an ex-convict as left a lot of Nigerians in shock following her comments on Instagram.

Nicki has been in the public eye lately as there have been several allegations made against her and her husband, Kenneth who has been accused of raping a minor.

Recalling earlier that the Rapper’s brother was arrested following a rape allegation made against him. Nicki who has then been throwing alot of support to her brother has been slammed by many fans for this gesture.

Speaking of celebrities making their voice heard or reacting to trolls online, BBNaija reality star, Khafi fired warning shots at a troll who came for her and her baby, (Read her reply here).