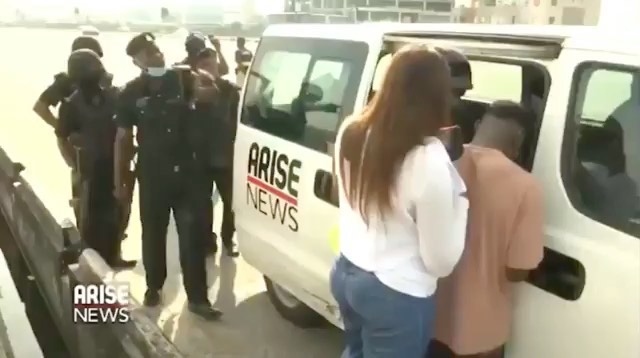 The youths has taken to the streets and Lekki Tollgate to mark the first anniversary of the shooting at peaceful EndSars protesters at the Lekki Tollgate last year October 20th.

Following this event reporters of Arise Tv are seen being manhandled by the Police who tried to stop them from covering the event.

The police are seen in the video struggling for a drone which was being held by one of the Arise Tv reporters as the reporter refused to let the drone out.

In the video the Reporter is seen holding the drone in what looks like a struggling between her and a policeman as the lady refuses to let the drone go as she states that they have the right to freedom of press.

meanwhile, Angel becomes a new owner of a 4bedroom apartment as she shares news with fans (read it here)