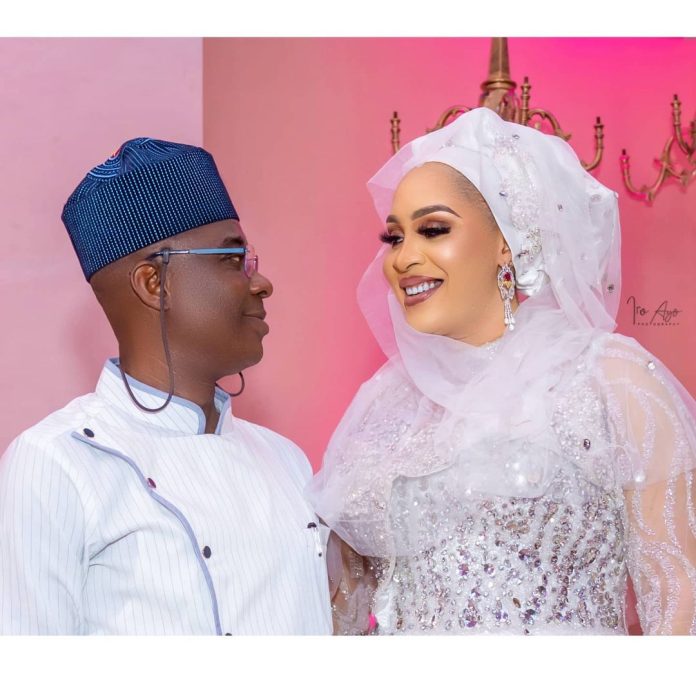 Emmanuella has taken to Instagram to shower praises on her new husband, Kwam 1 as she celebrates their one-week wedding anniversary.

Emmanuella pent down a very beautiful message to Kwam 1 as she says it had been paradise on earth since they have been together.

Recalling earlier that the two wedded in Abeokuta a week ago with a grand wedding ceremony.

Many have revolted against the marriage as his best friend, Bolaji Basia warns against it saying this might not be his last marriage.