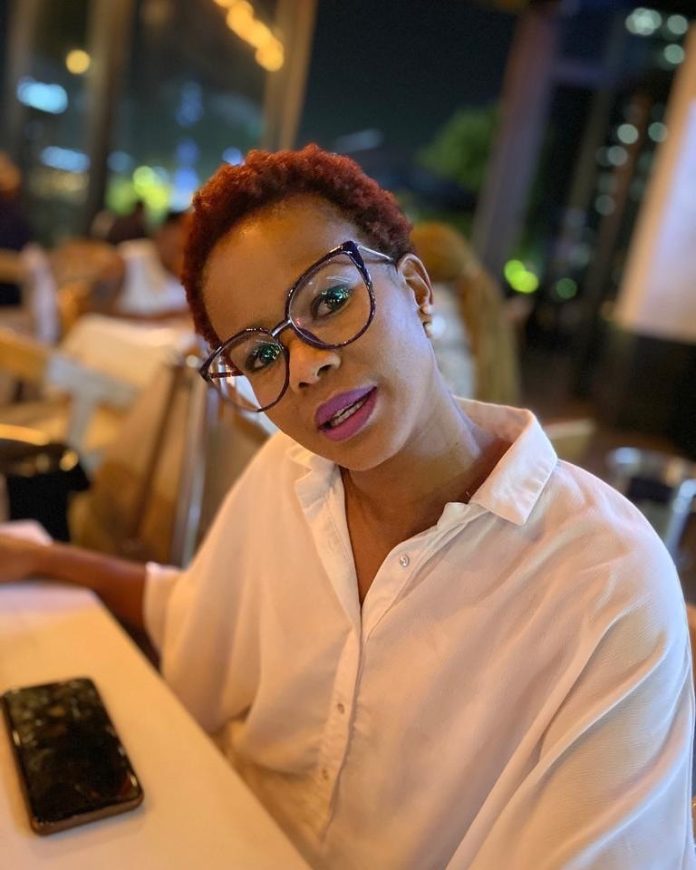 Tsholofelo Matshaba is a South African actress who has won SAFTA awards. She has been on South African television in a range of roles on a variety of series. Also known as among the most accomplished actresses, as evidenced by her ability to master various roles. Join me as we explore her biography, age, net worth, career, etc.

While she’s on set, she’s dubbed as the “wonder woman of South African cinema.” This is because she acts so naturally as if it were nothing. Tsholofelo Matshaba (born 4 July 1983) is a South African actress best known for her part in the SABC2 drama “Muvhango.”

Tsholofelo Matshaba also portrayed the character of investigator Jasmine on Kings of Joburg, and she has amassed a sizable following based on Instagram. She has appeared in several popular South African television shows, including Muvhango, Skeem Saam, and The River.

She was born and raised in Mabopane, a town in north Pretoria. Between 2002 and 2004, she received a National Diploma in Musical Theatre from Tshwane University of Technology.

Upon finishing university, Tsholofelo Matshaba started her professional career as a stage actress. Born in the RSA 2, Melodies of Love, Jesus Christ Superstar, The Lion King, Soweto Story, Aladdin, and Robinson Crusoe are some of her famous film roles. These are some of the roles she has played in the theatre.

Muvhango, Skeem Saam, Mamello, The Throne, and other television dramas and soap operas have included her since then. She also has a role on The River as Kedibone Mokoena. All these successes had a great impact on the net of Tsholofelo Matshaba.

On the 27th of December 2014, Tsholofelo wedded her lover, Chris Matshaba. In Ramokokastad, Tsholofelo and Chris married.

Chris Matshaba was an entrepreneur who also dabbled in radio as a DJ and broadcaster on Motsweding FM. Tragically, he passed away in 2018, four years after their marriage, after a battle with cancer, bringing an end to their love affair.

Tsholofelo Matshaba was heartbroken by the death of her husband since she had her best half. Tsholofelo and Chris had been blissfully married for four years when her husband died suddenly.

At one point, the devastated actress wrote a heartfelt homage about her struggle since her husband’s death. Tsholofelo Matshaba wrote these remarks to show her gratitude for Chris’ devotion, according to tributes.

“I count myself fortunate to be your wife. Despite all my imperfections, I’m incredibly thankful for all the true love you offered me.” Referring to you as my angel used to be nice, but now it’s bittersweet.

I’ve always believed that having you in my life would transform me into a better person. So, once again, I count myself fortunate to be your wife. For the rest of my life, I shall cherish, love, respect, and appreciate you.

Her homage, on the other hand, has aroused a lot of suspicions among her followers, since many of them misquoted the actress’s tributes. “The actress never get over the death of her husband,” some speculated, “and many never remarry.”

Tsholofelo Matshaba’s ex-boyfriend and baby father is Dingaan Mokebe. She has the phrase “Vincentia” tattooed on her back.

Tsholofelo Matshaba is a give on social media. You can follow her on her Instagram handle: @Taholo_Matshaba

The following are lists of movies Tsholofelo Matshaba featured in.

Tsholofelo Matshaba, is a skilled actress, with an estimated net worth of $800,000. She made the most of her income in the entertainment sector.

Who is tsholofelo matshaba husband?

On the 27th of December 2014, Tsholofelo Matshaba wedded her lover, Chris Matshaba. In Ramokokastad, Tsholofelo and Chris married.

Does tsholofelo matshaba have a child?