Home Entertainment Celebrities Trouble in paradise as Bobrisky’s Ex-PA, Oye backs up claims made by... 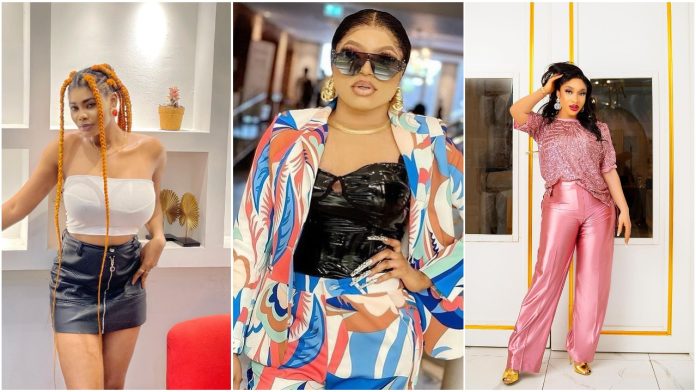 Bobriskyy’s former PA, Oye has come out to support Tonto Dikeh’s claims after she accused Bobrisky of borrowing money from Mallams just to show off.

The actress revealed lots of hidden secrets between her and the crossdresser, Bobrisky which was a whole lot.

The two haven’t been on good terms since they fell out after a serious argument ensued between the both of them.

Oye, couldn’t let this pass as she came out to back up all the claims made by the actress, Tonto.

According to Oye people thought she was lying when she made some statement against her former boss, Bobrisky but now everything is out in the open and she is extremely happy.

Talking about celebs, Actress, Nancy Isime shows off stacks of cash that was sprayed on her at her birthday party (watch it here)