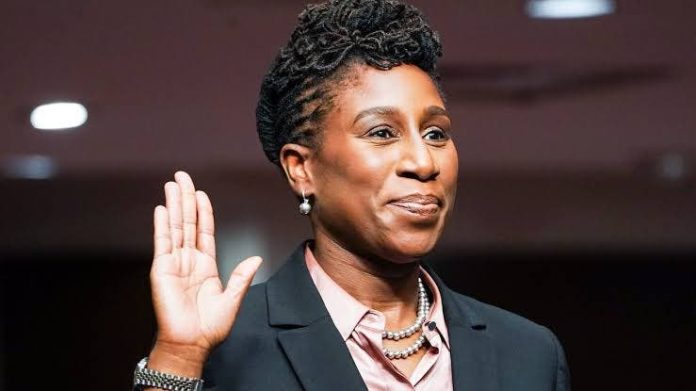 Candace Jackson-Akiwumi married to Eric Akiwumi, who is a Nigerian, is one of the most likely potential nominees for a Supreme Court appointment under President Joe Biden.

The exit of Breyer, who is 83, gives Biden a likely smooth opportunity to name a replacement to the lifelong seat on the Supreme Court while his Democratic Party retains control of the Senate.

Biden had promised to put an African-American woman on the court back when he was campaigning for the Democratic presidential nomination.

Among the leading candidates to replace Breyer are Ketanji Brown Jackson, a US Court of Appeals judge, and Leondra Kruger of the California Supreme Court.

Of the 115 justices who served on the Supreme Court, only five have been women, including three today — Sonia Sotomayor, Elena Kagan and Amy Coney Barrett. Only two have been Black men, one of whom is current Justice Clarence Thomas.