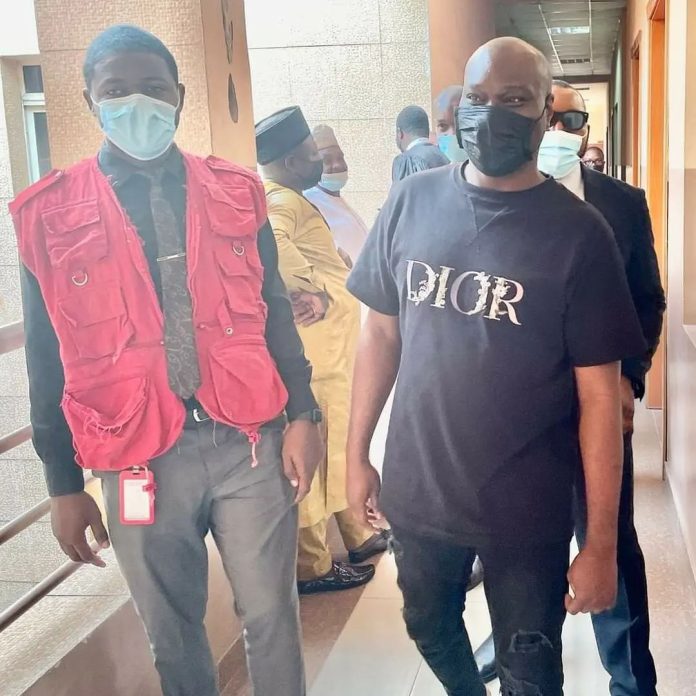 Justice Mojisola Dada of an Ikeja Special Offences Court has granted a Dubai-based internet celebrity, Ismailia Mustapha, aka Mompha bail of N200 million with two sureties in the like sum.

The court granted his application for bail filed through his lawyer, Gboyega Oyewole (SAN). Justice Dada ordered that one of two sureties must own property valued at N100million within the jurisdiction.

The court also ordered his remand in the custody of a Correctional Centre of his choice in Lagos pending the perfection of his bail conditions while his international passport already submitted is to remain in the custody of the court’s registrar.

The Economic and Financial Crimes Commission (EFCC) had arraigned Mompha and his firm, Ismalob Global Investment Limited for alleged money laundering to the tune of over N6billion.

He is facing an eight- count charge bordering on the offences of money laundering.

The counts were conspiracy to launder funds obtained through unlawful activity, retention of such funds, transfer of funds for a suspect Olayinka Jimoh a.k.a Nappy Boy, and unlawful transfer of funds for a record label, among others. The sums named in the charge seen by The Nation are N5,998,884.653.18, N32million, N120million and N15,960,000, totalling over N6billion.

The EFCC also alleged that Mompha concealed his interest in expensive wristwatches and an iPhone valued at over N70million.

In other news, Popular Businessman, Obi Cubana who has reacted to being questioned by NDLEA in a drug-related case, revealed in a recent interview that he had never felt so low in his life because he vowed never to do Drug Business (watch the video here).