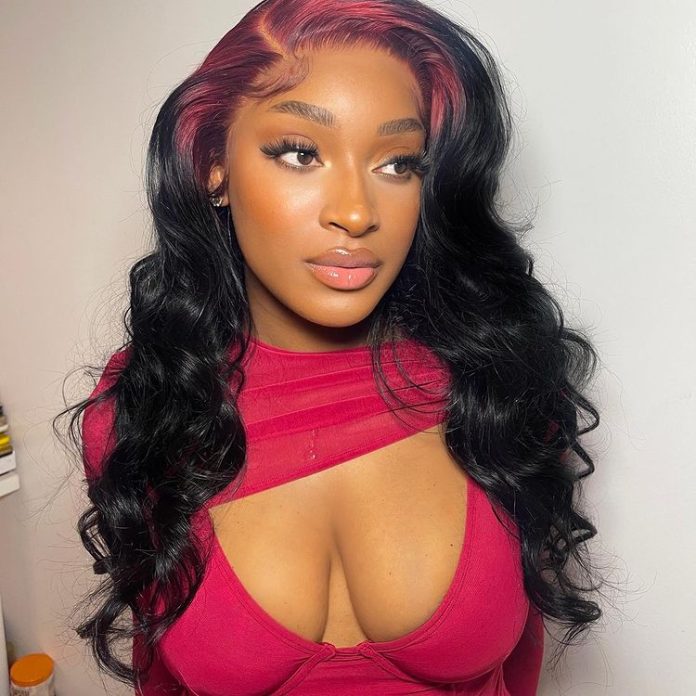 Davido’s 4th baby mama, Larissa, replies to questions asking if her post when Davido and Chioma broke up, was a shade at Chioma.

According to her the post which reads, “not all relationships will lead to marriage, some will help you discover new restaurants.” was misunderstood as a subtle shade to Chef Chioma Rowland who is going through a hard time with Davido amidst the failed promise of marriage.

Clearing herself, Larissa stated that the quote was completely misunderstood as it was a repost from a cooking page that she follows.

“You guys keep asking me this, at first, I was confused. The answer is No. It wasn’t a diss at all. the blogs made it seem that way. It’s simply a repost from Janice cooking page, many of us have discovered new restaurants by going on dates. Duh! IMO shading is for cowards,” she wrote.

In October last year, Davido’s baby mama, Chioma was reported to be knacking PayPorte CEO according to an IG Blogger(read it here).

Still on the entertainment scene, DJ Cuppy receives a Royce Rolls Cullinan as a gift from her friend as she celebrates her FAKE birthday (watch the video here).

Johnson Olumide - March 21, 2020 0
Ghanaian Born Actress Juliet Ibrahim who recently celebrated her birthday few weeks ago in S.A get a rewind party for her Friends. The actress was...

Violette - September 8, 2020 0
Disqualified Big Brother Naija 'Lockdown' housemate, Erica have finally spoken for the first time since she was shown the exit door at the reality...

Violette - December 11, 2019 0
Reality star, Cindy Okafor has been appointed as an ambassador for a project work by the Abia State Government. Cindy Okafor who made an appearance...