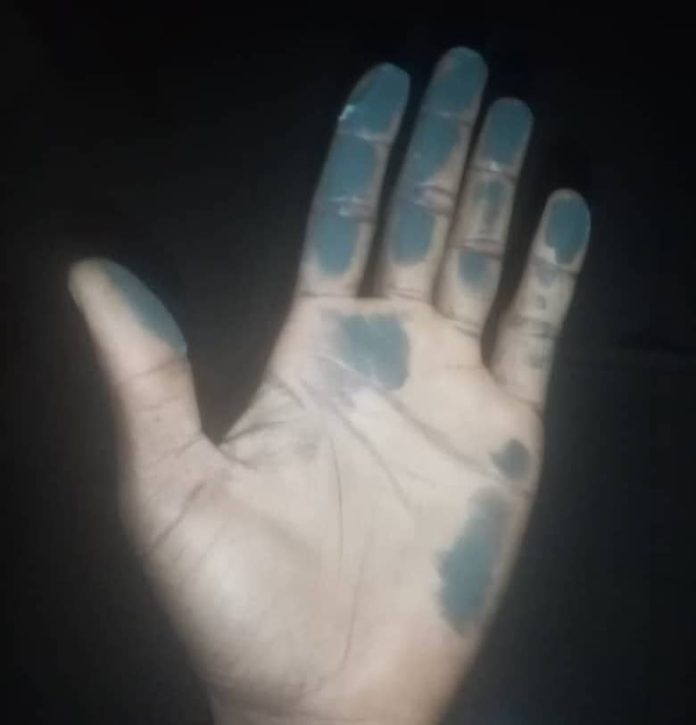 The governor of Rivers state should show strength, where he needs to show strength; fight illegal oil refining which is causing black soot with adverse health effects on residents.

A child born today in Rivers state is exposed to the health and environmental challenges of black soot. Babies, children, adults, youths, elderly people, and even animals in Rivers state are inhaling contaminated air.

Black soot is everywhere in the environment, when you sneeze or cough, you cough out black soot, your bedsheets, rug carpets, floor tiles all stained, when you walk barefoot, your feet will be stained, no matter how much you clean, it flows with the air. 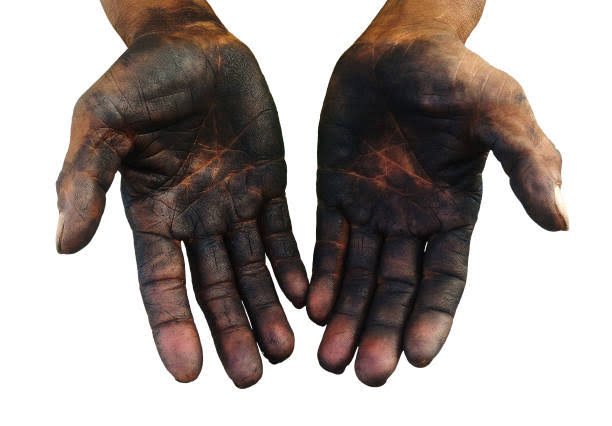 You keep moping the floor to keep your feet clean else your feet will be as if you entered an untidy mechanic workshop, those with colored rug carpets, it all turned black. Even more disturbingly is, you put your hand in the nose and you’ll see the black particles of soot.

The question is; When will the government of Rivers state counter this threat to human health and the environment called “Black soot”

Soot is a byproduct of fossil fuel, which involves the burning of coal, or industrial fuel, or legal oil refining. Black soot is a fine black powder that can be slightly sticky, capable of darkening surfaces.

It is said to be majorly caused by incomplete combustion of carbon, that is, the gas flaring of illegal refining of crude oil, usually from the illegal exploitation of pipelines in the state.

Rivers state is a major beneficiary of the revenues generated from legal crude oil activities in the state. It’s where the state gets money to run their government and fund the infrastructure, the people vandalizing and involved in bunkering, the communities where it takes place are all in Rivers. The state government must show strength to eradicate this problem, but proper attention hasn’t been given to the situation.

Those involved in vandalizing pipelines are sabotaging the state’s source of income, the government is supposed to go after them in full force for tampering with the pipelines. After all, these people are not ghosts, they are known to the state, their locations are not hidden, they are not invisible.

Rivers state, is known as a beautiful place to behold, the treasure base of the nation, a place everyone would love to stay, tall buildings with beautiful eye-catching paintings, but since the unfortunate black soot begins in the state for years now, even paintings of buildings turn dark as if it’s not painted, furniture turns dark no matter the number of cleaning, the floor and everything is being affected by this environmental pollution “Black soot”

What’s the way forward? The residents of Rivers state expect answers with actions, reliable information, and day-to-day updates of the government’s efforts in fighting to end the black soot wherever it’s coming from.

We see the governor of Rivers State, Bar. Nyesom Wike mostly on television inaugurating projects, that’s a good thing for development. However, infrastructure is useless to a dead man and less important to a sick person on the hospital bed.

Fighting this deadly black soot should be the state government’s primary assignment and focus because the residents need to survive, be alive before they can enjoy the infrastructure.

I sometimes ponder, why nothing has been done about the black soot till now. Is it because those in government are always from air condition offices, to air-condition cars, then to air-condition homes?

And the little time they spent outside, they protect themselves by wearing protective masks? While the ordinary residents of Rivers state, those who bring them to power, the people they swear to protect, the same people that gave them the opportunity and privilege of power, spend more than half of the day outside inhaling this disturbing air, helplessly! Isn’t it pitiful?

Thought-provokingly, the United Nations Environment Programme (UNEP) estimated 600,000 people die in Africa every year as a result of air pollution.

The Natural question is; how many persons have died as a result of this, in Rivers State? Can imagine the number of people that might have died without record. Emotionally triggering and unimaginably disturbing to every right-thinking individual and government.

If ever the government is doing anything to check this problem or subdue its source then, they are not doing enough to inform and educate the citizens about their efforts and progress if any.

Black soot is worse than Covid-19

Aside from the irritation of the eyes, nose, and throat associated with common air pollution, black soot has been linked with upper respiratory illnesses, and due to its severe level of toxicity, it is capable of causing cancer which may lead to untimely deaths.

Putting into consideration the financial capability of many Nigerians and the county’s dilapidated health structure.

Recall, the AFP reports that doctors in Port Harcourt say they are seeing the health effects of the soot already, with an increase in consultations for breathing difficulties, including asthma.

Most people have relocated from Rivers state, even more, wished they could relocate because of this black soot, millions of residents are helpless because their livelihoods and families are all in Rivers state, so they are enduring the death threat of black soot.

At this point, I would like to ask again. What has the government of Rivers state done so far, since it started?

Where is the record? Why are the people left uninformed about the progress?

As a resident in Rivers state, I’m calling the attention and advising the state government to channel their strength into protecting the lives of Rivers residents. The executive governor of Rivers State, Bar. Nyesom wike show strength as the strong man that we know you to be, in chasing out this domestic and health disturbance in the state, because to be alive and healthy is far, far more valuable and important than any infrastructure.

Just as NCDC puts out statistics of covid 19 cases on a daily basis, the report on black soot should be on a daily basis, for the public to know the government’s efforts and progress. Yes, it is that important. Health they say is wealth.

The government of Rivers state owes its citizens and residents that much.

Violette - January 5, 2021 0
Big Brother Naija season four winner Mercy Eke has once again shown why she's being regarded as the boss chick as she makes it...

Violette - May 25, 2021 0
French fashion tycoon, Bernard Arnault is now the world's richest man after his net worth climbed to $186.3billion. The chief executive of Moët Hennessy Louis...