Home Entertainment “You are just a devil, a chameleon” – Actress Destiny Etiko engages... 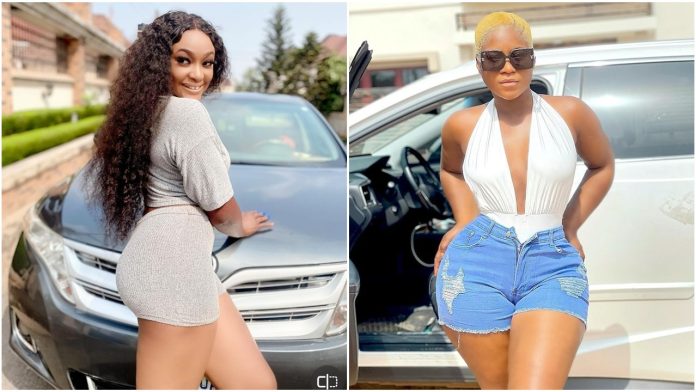 Nollywood actress Destiny Etiko and Lizzy Gold are currently at war with each other over an event that took place.

The fight between the two actress broke out while on set of a movie production they both are working on.

From the video which was posted by Destiny Etiko herself on her social media page, she was seen asking Lizzy gold why did she go back there, and Lizzy was trying to explain that Destiny believes everything she hears and within seconds of word exchange, they began to drag each other cloths.

The cause of their fight, however, remains unknown as a fellow male colleague could be heard pleading with the actress to take it easy.