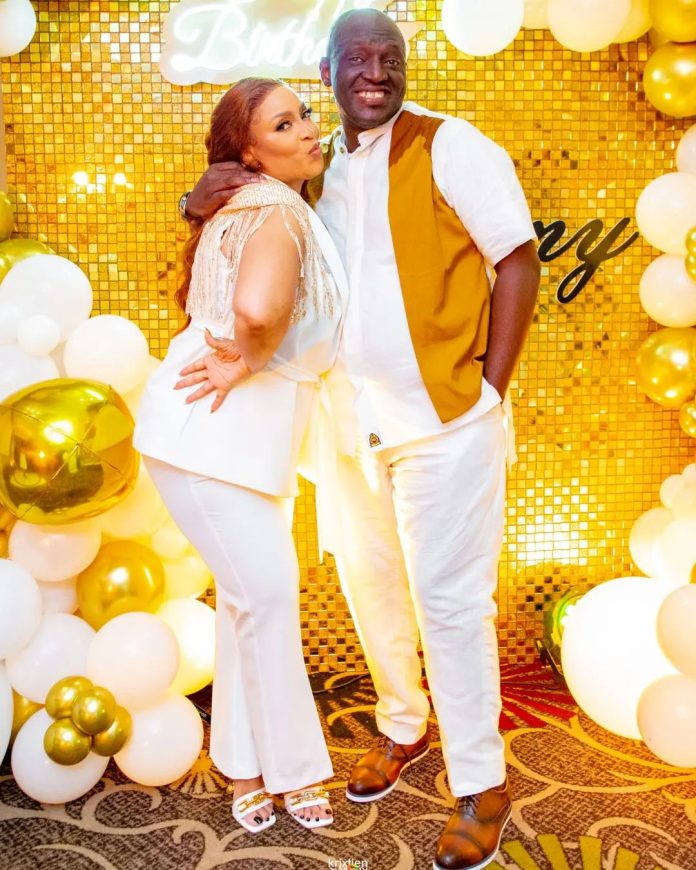 Gospel singer, Sammie Okposo took to his social media to celebrate his wife of 12 years on whom he once again cheated on some weeks ago and currently expecting a child with an American woman after scoring a goal from just a nightstand affair.

Sammie took to his Instagram to share a photo of him and his wife as he shower her encomium and says every day with her is valentine’s day.

Recall that the singer some weeks ago receives support from his wife as he returns to Instagram, in a post he made earlier today in which he quoted so many bible scriptures to buttress the fact that his human and prone to mistakes.

One of the scriptures he quotes was romans 8: 1: There is therefore now no condemnation to them which are in Christ Jesus, who walk not after the flesh, but after the Spirit.

Many have reacted to the news of his return to social media, despite the fact, his page is still in private and comments are currently turned off.

But surprisingly, among those that have reacted so far, his wife is among them, she reacted by liking his new post and still follows him on social media.