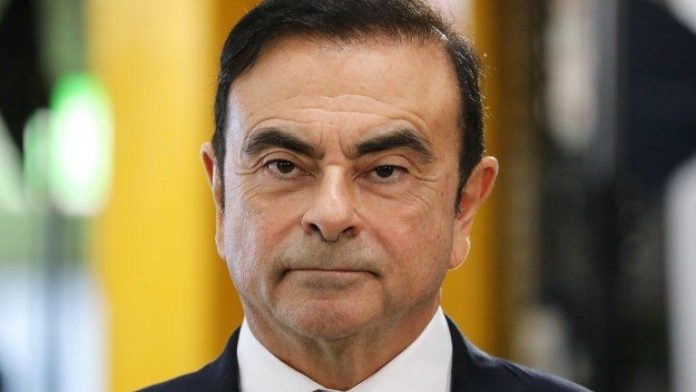 Prosecutors told AFP on Friday that Carlos Ghosn, the disgraced car tycoon who jumped bail in Japan and fled to Lebanon in a dramatic getaway, had been given an international arrest order by French authorities.

According to prosecutors in the Paris suburb of Nanterre, the order was issued over 15 million euros ($16.3 million) in suspected transfers between the Renault-Nissan alliance, which Ghosn once led, and an Omani business, Suhail Bahwan Automobiles (SBA).

Ghosn, the then-CEO of Nissan and the leader of a joint venture between Renault, Nissan, and Mitsubishi Motors, was detained in Japan in November 2018 along with his top aide, Greg Kelly, on suspicion of financial malfeasance. Both of them denied any misconduct.

As he awaited trial in December 2019, Ghosn planned an audacious escape, smuggling himself out of Japan in an audio-equipment case on a private jet.

Ghosn arrived in Beirut, which has no extradition pact with Japan, with French, Lebanese, and Brazilian passports.

He claimed he fled because he did not believe he would receive a fair trial in Japan, where prosecutors have a nearly 100% conviction rate in trials.

He further claimed that Nissan conspired with prosecutors to have him imprisoned in order to strengthen Nissan’s relationship with Renault.

The French order was “quite shocking because the investigating judge and the Nanterre prosecutor know perfectly well that Carlos Ghosn, who has always cooperated with court, is subject to a legal ban on leaving Lebanese territory,” one of his lawyers, Jean Tamalet, told AFP.

The Nanterre court in charge of the investigation issued five arrest warrants, including one for Ghosn, as well as current and former SBA executives.

He was called as a witness and will have to travel to France to be formally indicted and learn more about the allegations he faces.

Meanwhile, Ghosn’s longtime aide Kelly was sentenced to a six-month suspended term by a Tokyo court last month over claims that he assisted Ghosn in concealing income.

Kelly had faced two years in prison after prosecutors accused him of assisting Ghosn in underreporting his income by 9.1 billion yen ($79 million) between 2010 and 2018.