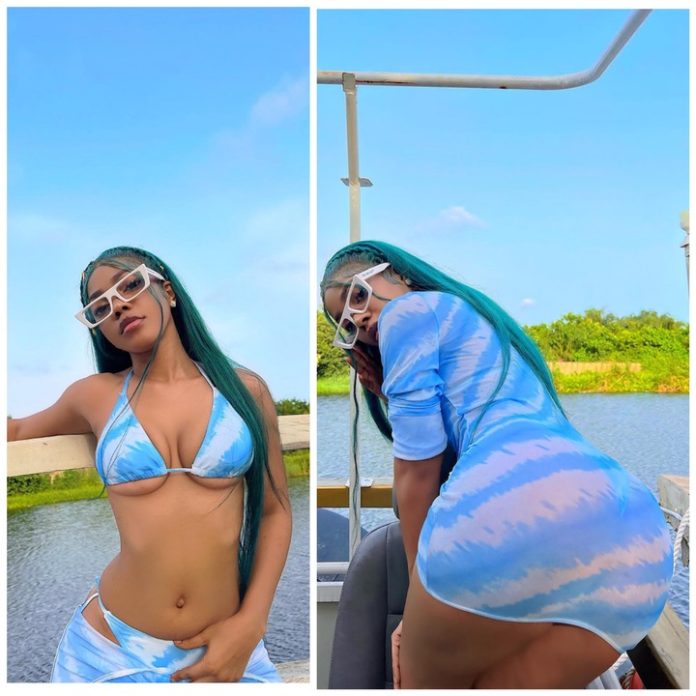 Gift Camille, who is the ex-girlfriend of popular singer Lil Frosh, has taken the internet by storm as she shared a series of bombshell pictures on Instagram.

The beautiful social media influencer shared some beautiful moments of herself at the water’s edge, where she was having a good time alone. Her caption did not go unnoticed as she expressed her state of mind with the caption. Many people were left with no choice but to react to the pictures as they expressed their opinions in different ways. 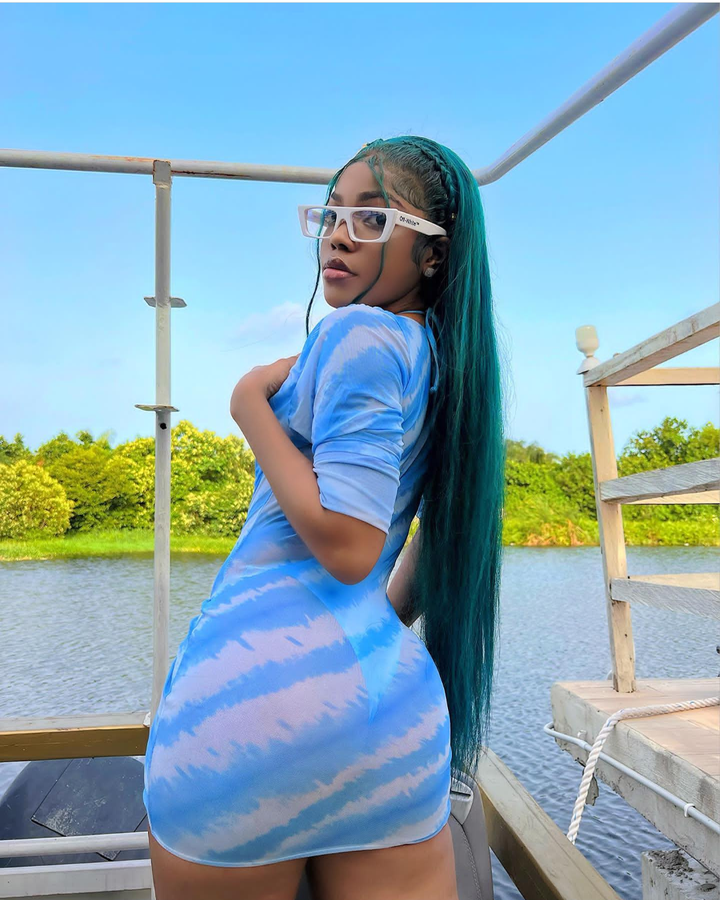 In these pictures, she looks simple but classy in her blue swimwear outfit as she takes the pictures in different postures at the water’s edge. Her blonde hairdo looks stunning with her neatly made-up face. Gift has always been known for sharing pictures of herself on Instagram on a regular basis for modeling purposes, but this time she decided to share pictures of herself having fun at the water side. 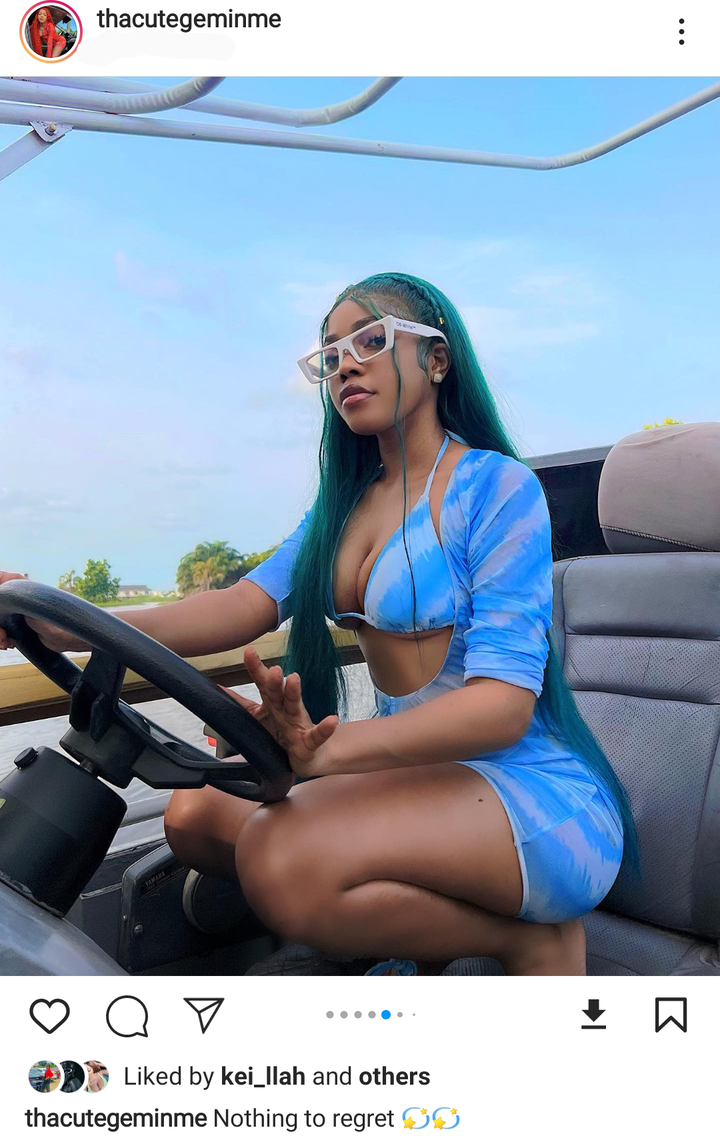 Her simple caption was enough to draw attention as she revealed her state of mind by reiterating that she has no regret at all. She wrote, “Nothing to regret.” This statement shows the level of confidence she has in her to say she has nothing to regret.

Checkout some Reactions Below; 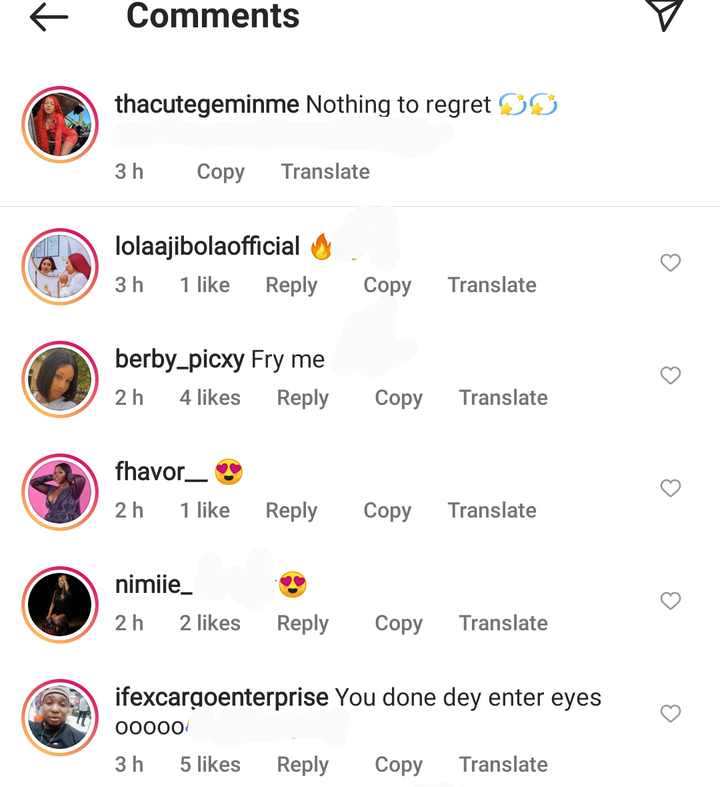 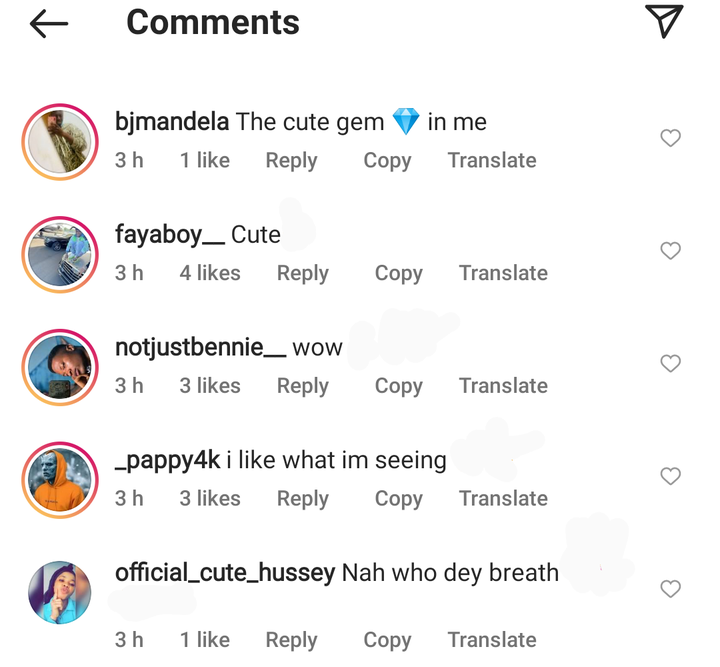 Her Instagram followers who saw the pictures and the caption reacted differently on her Instagram page. Some of them were impressed with her beautiful looks and her swimwear outfit, while others reacted to her caption as well.