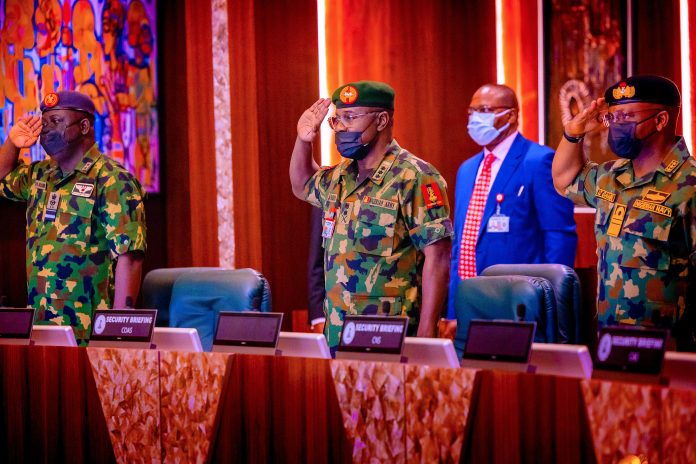 President Buhari is currently meeting with service chiefs, the Inspector General of police, and some ministers in the council chambers of the presidential villa.

The meeting comes one week after the national council of state advised the president to convey a security meeting to deliberate on issues of national security that now threaten the safety of lives and property across the country. 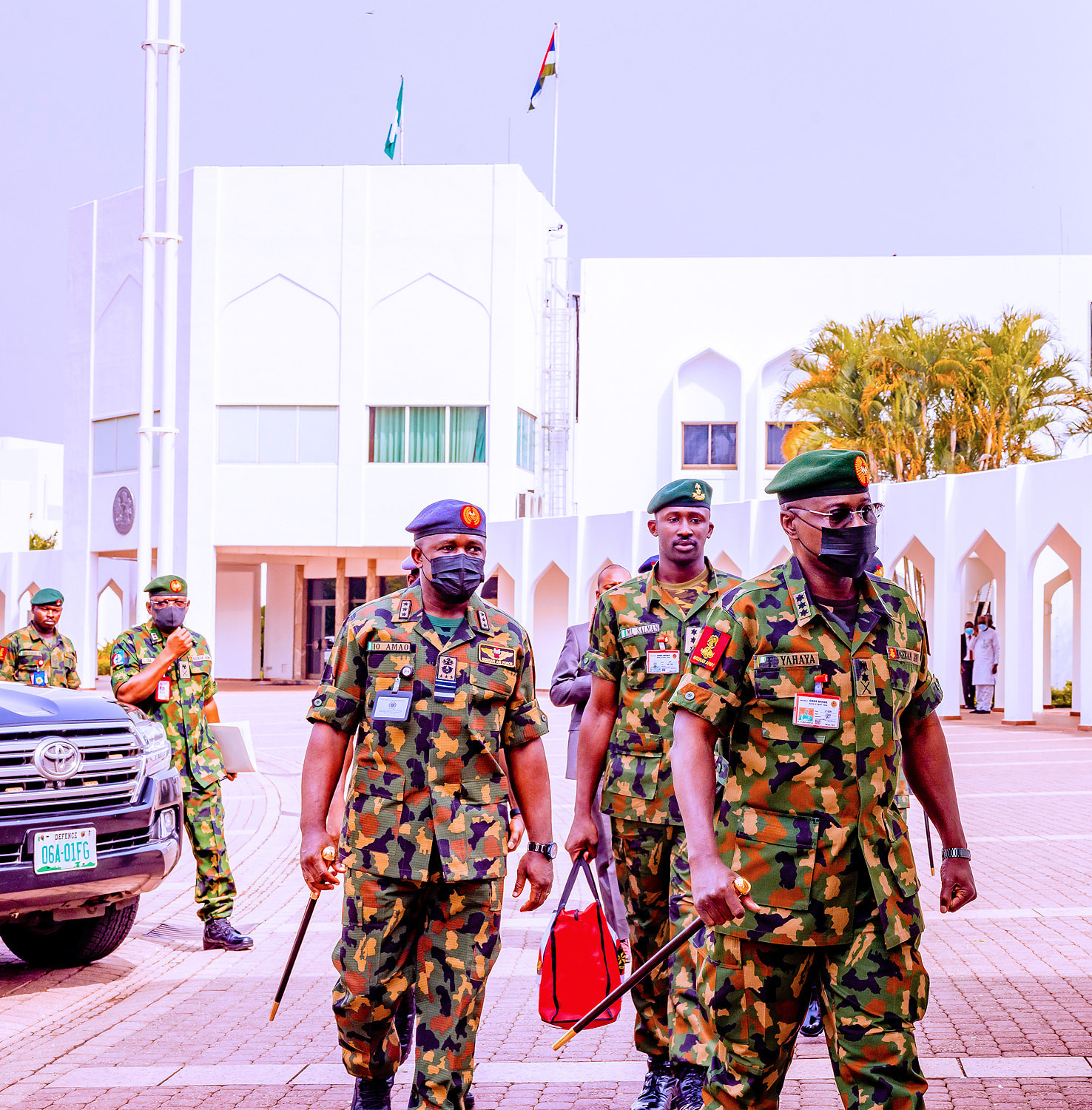 In attendance at today’s security meeting are Vice-President Yemi Osinbajo; Secretary to the Government of the Federation, Boss Mustapha; the Chief of Staff to the President, Prof. Ibrahim Gambari; a 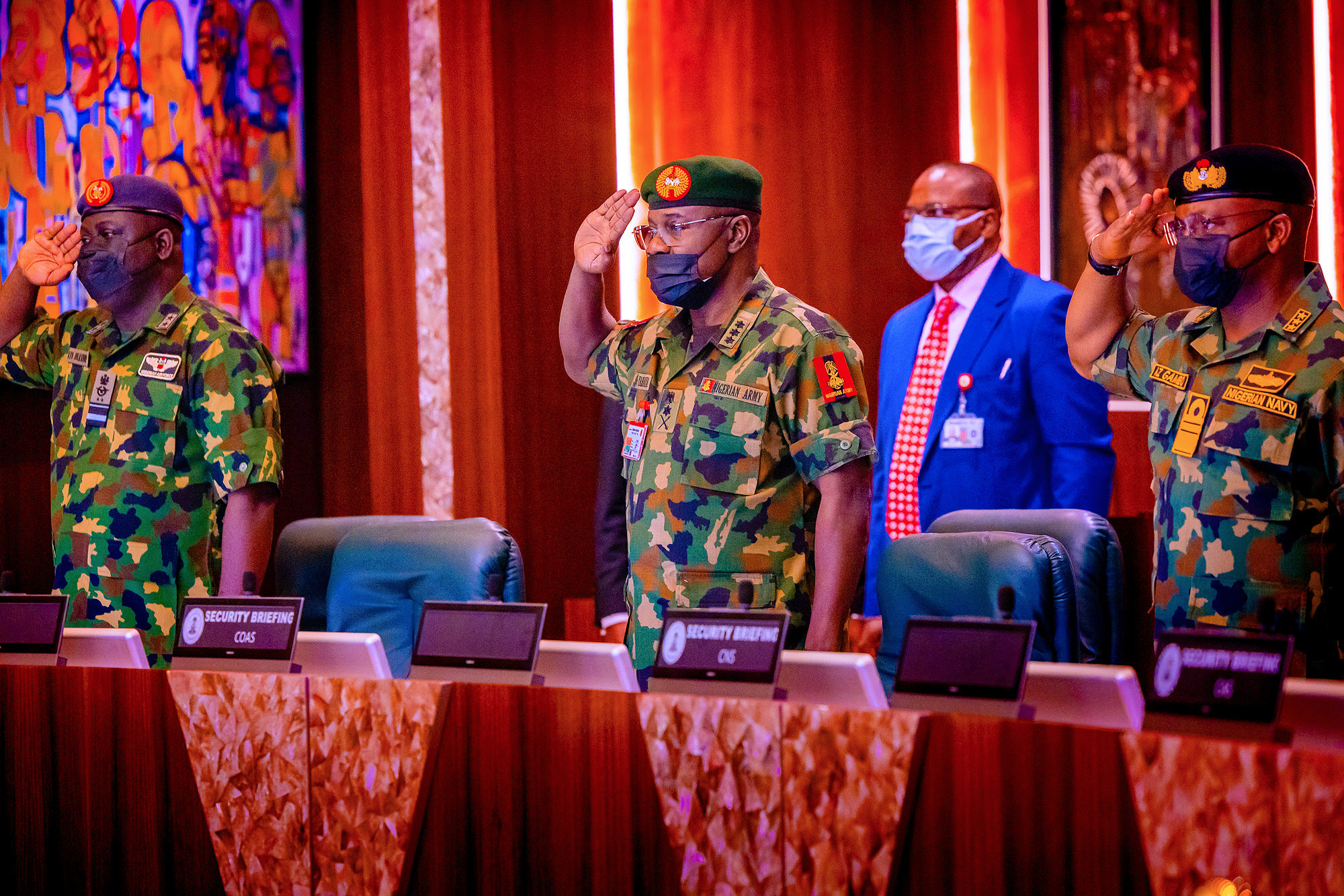