Home Entertainment Celebrities Watch Actress Rita Dominic steps out for her first outing at her... 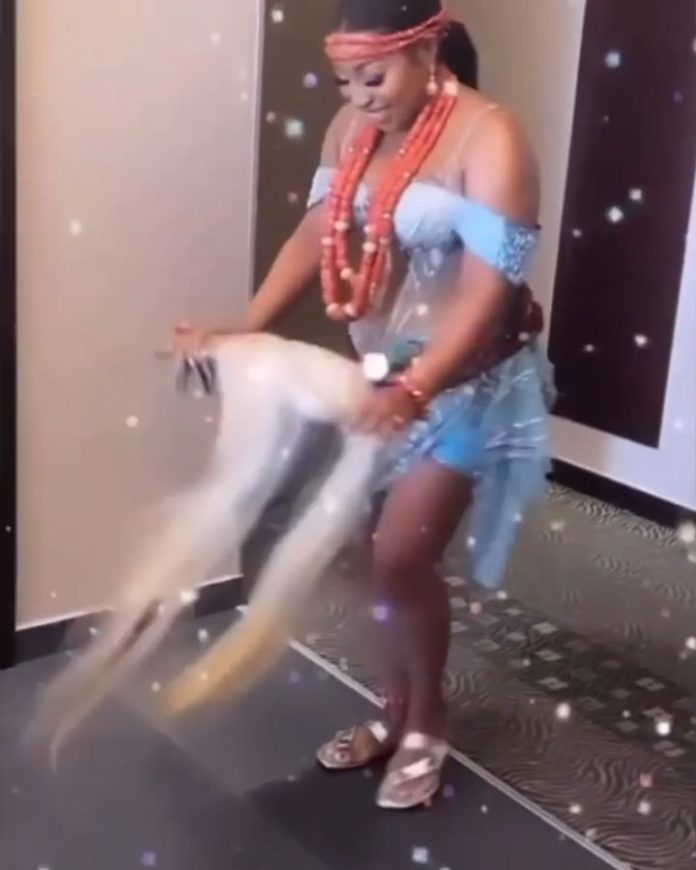 Rita Dominic’s traditional wedding to Fidelis Anosike is now taking place in Imo State, where she was born.

Several Nigerian celebrities are presently in Imo for the much-anticipated love festival.

The actress is seen in a video from the wedding standing with her girls in traditional clothing before making her first appearance in a stunning blue gown.

In other news, a popular Abuja-based Prophetess, has advised them to have sex with their spouses while on their periods.

This was said by Prophetess Rose when recounting her experience with an HIV-positive guy. She claims the man had an affair with another woman without using a condom because he thought his wife was “unclean” during her period.

Men should not use “period” as a reason to cheat on their wives, according to the clergyman, because they can make love to them with or without a condom.