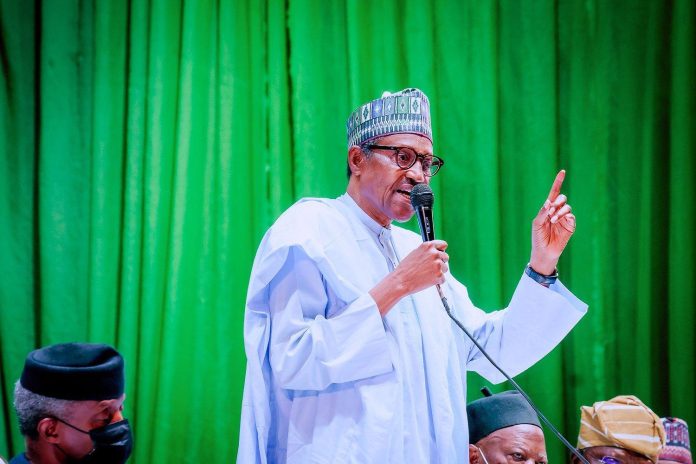 President Buhari on Wednesday, April 20, said his administration has done well despite the limited resources at its disposal.

The president said this at the National Executive Committee (NEC) meeting of the All Progressives Congress (APC), which held in Abuja. According to him, when his administration came into office in 2015. terrorists were in charge of some local government areas and the South-South but today, these areas currently enjoy relative peace.

“I will like us to reflect on what the situation was before we came in. How many Local Government Areas were under the control of terrorists in the North-East? In the South-South, we all know what the situation was; now we have relative peace. With the resources at our disposal, we have done very well.

People are very forgetful. Our main problem now is in the North West and North Central. People are killing one another in these places, what for? We are going to be very tough.’’