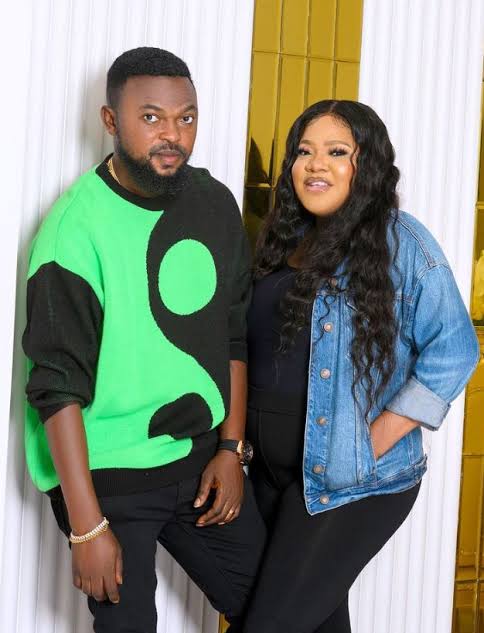 Nollywood actress and box office queen, Toyin Abraham is expecting a second child with her husband and colleague, Kolawole Adeyemi.

This comes barely two years after the actress and her husband welcomed their first child, Ireoluwa.

Late Saturday night, 30th April, Abraham took to her social media page to share a lovey-dovey video of herself and her husband.

The video also captured the actress flaunting her beautiful baby bump while repeatedly attempting to adjust her jacket.

Gushing over his beautiful wife and their bundle of joy, Ajeyemi was also seen rubbing his wife’s bump.

This generated reactions from many of their colleagues and fans as they took to the comment section to shower congratulatory messages and prayers on Abraham.