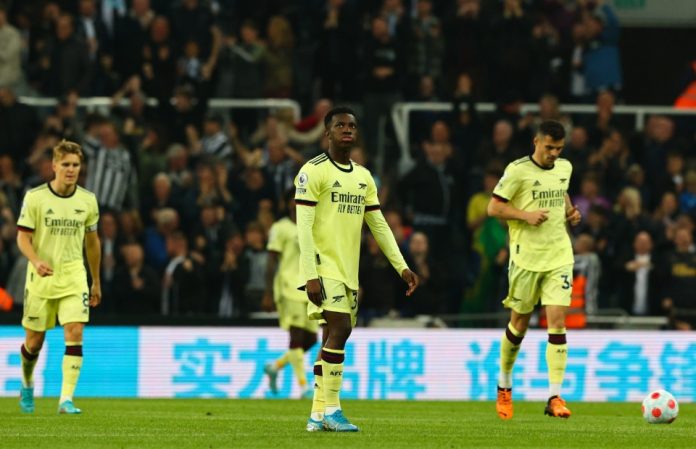 Arsenal handed the initiative back to Tottenham in the race for fourth as they suffered a damaging 2-0 defeat at Newcastle.

The nervous Gunners struggled to get a foothold at a raucous St James’ Park with Ben White’s own goal and Bruno Guimaraes’ late strike sealing the result. 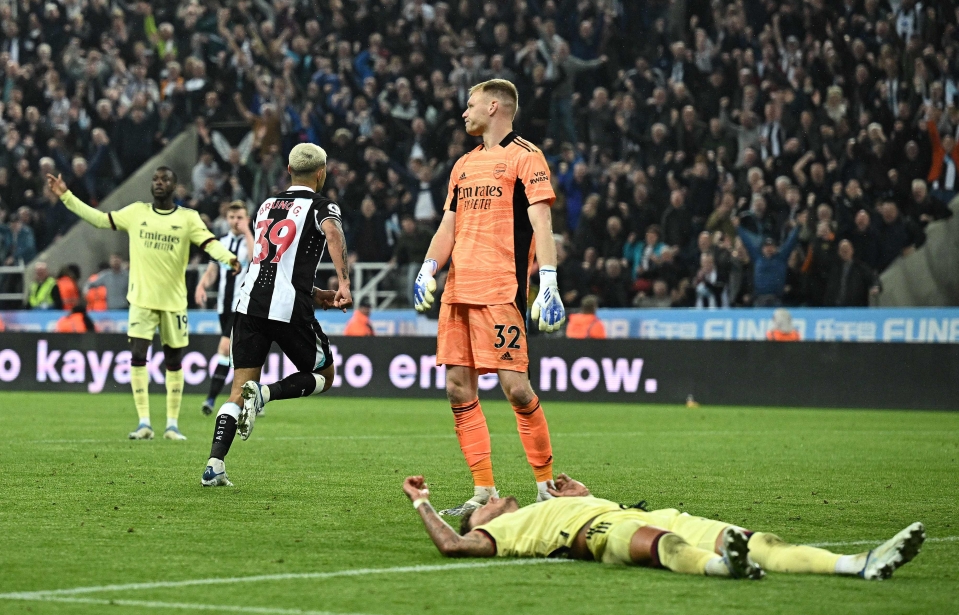 The deadlock was broken on 55 minutes as White turned the ball into his own net in his attempts to prevent a cross from the left reaching Callum Wilson, who sustained a nasty tooth injury earlier in the match.

Mikel Arteta’s men improved after that without threatening Martin Dubravka’s goal too much and the win was sealed when Guimaraes latched onto a loose ball.

The result leaves Arsenal two points behind fourth-placed Tottenham going into the final day of the Premier League season.

Due to a superior goal difference, Spurs only need a draw at last-placed Norwich to seal their return to the Champions League. The result also confirms Chelsea’s place in the top four