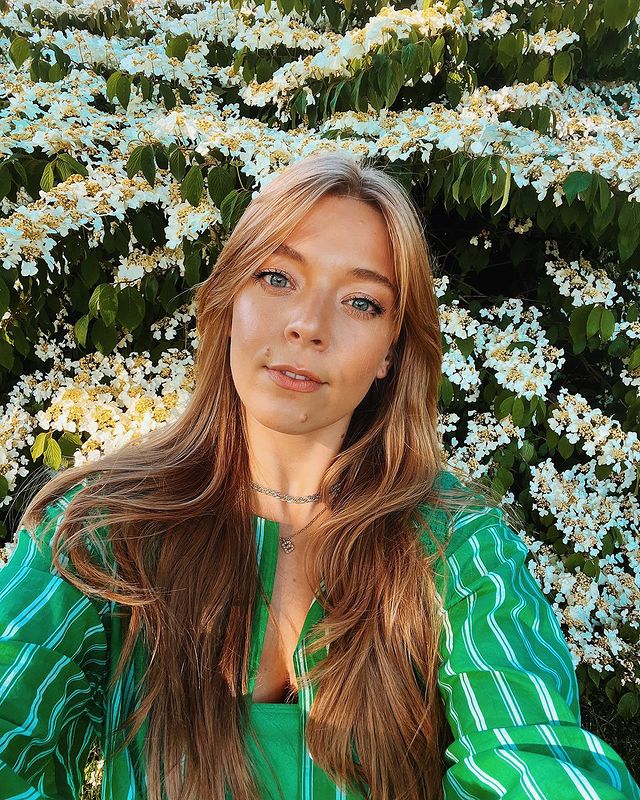 Becky Hill originally rose to prominence in 2012 after appearing in the first series of The Voice UK, a singing-based reality competition talent television series in which she reached the semi-finals and gained renown across the country. Becky Hill released her debut EP, Losing, in November 2014, and her second EP, Eko, in August 2017.

Get to Know was her first compilation album, which was released in 2019 and reached #20 on the UK Albums Chart and #14 on the Irish Albums Chart. The BPI awarded the album Silver certification. Becky’s music career began in 2012, and she has since released a lot of successful singles and received numerous honours. So today we are going to talk about the total net worth of Becky Hill her income sources, career, biography, salary, lifestyle, and much more.

Becky discovered her passion for music at an early age and she started a soul and an acoustic rock band called Shaking Trees by the age of 14 years old. The band got a chance to receive support from Andrew Marston at BBC Music Introducing, a BBC Radio platform who named her group to show their skills at the Nozstock Festival of Performing Arts. BBC also helped the band to perform live shows for Josh Withey and Adam Green at BBC Radio Shropshire.

Becky Hill began her career by appearing in a number of YouTube live performances and the video series The Rebelations. In 2012, she travelled to audition for the first series of the British singing competition series The Voice UK, which was her career’s turning point. After playing John Legend’s hit Ordinary People, she swiftly drew the attention of Judges will.i.am and Jessie J.

He elected to join Jessie J’s team and competed in the battle rounds against Pixie and Indie, winning the fight with her song Irreplaceable. Becky, on the other hand, was eliminated after reaching the competition’s semi-final round.

Becky Hill was then featured on Rudimental’s tune Powerless, as well as providing a vocal cover for Ella Eyre for Rudimental’s sets at Glastonbury, Bestival, Lovebox, and Wakestock in 2013. She then collaborated on and voiced the song Afterglow by Afterglow, which went viral and reached #8 on the UK Singles Chart as well as the UK Dance Chart.

Aside from her co-writing work, Becky Hill released her first single, Losing, on November 9, 2014, which was produced by MNEK. The track is the first single from her upcoming solo album. Furthermore, the song was a hit, attracting the attention of Parlophone Records, with whom she later negotiated a deal. Losing debuted at #56 on the UK Singles Chart. Hill stated in 2016 that she had started writing songs with British singer CocknBullKid.

Back to My Love was her next single to be released (ft rapper Little Simz). She initially stated that the song would appear on her debut album, but it was later included on Eko’s extended play, which was released in mid-2017. MK’s Piece of Me and Matoma’s hit tune False Alarm were among the tracks she recorded with other musicians during that year. She released the second song from her EP, Warm, in 2016, which was produced by Shift K3Y, and the third single, Rude Love, in March 2017.

Hill signed a worldwide publishing deal with Sony/ATV the same year, and she also had a guest appearance in a CBBC episode of The Playlist. In August of 2017, she eventually released the EP Unpredictable, which included the fourth track Unpredictable. That month, she signed a record deal with Polydor Records and announced the release of her debut album in 2019.

She continued the release the tracks including, Sunrise in the East, Back & Forth (with Marc and Jonas), I Could Get Used to This, and Wish You Well (featuring Sigala). Becky’s song Wish You All went viral and came up as the first track to hit the top 10 UK Charts. Becky’s most popular songs are including, 2014s Gecko (Overdrive), 2016s Piece of Me, 2016s False Alarm, 2018sBack and Forth, 2019s Wish You Well, and 2019s Lose Control (2019). All the tracks have hit the top 20 UK charts and received Platinum or Gold certification by British Recorded Music Industry).

Hill started her music career at an early age and won awards like Best Dance Act at the 2022 Brit Awards for her single “Remember”, Hot Dance / Electronic Song, and EDM Song at the ASCAP London Music Awards for Lose Control. She also received a Brit Award nomination in the category of British Song of the Year.

Becky Hill is an English singer and songwriter from Bewdley, England who has a net worth of $2 million in 2022. She established herself as one of the most popular singers in the British music industry and has released several hit singles.

The main source of her income comes from her profession such as hit singles, live shows, as well as her YouTube channel. She garnered more than 20 million views on the music video of her single Remember. Becky Hill’s annual income is roughly 400,000 and her net worth of increasing every year.

What is the net worth of Becky Hill?

Becky Hill is an English singer and songwriter from Bewdley, England who has a net worth of $2 million in 2022.

How much money does Becky Hill make?

What is the age of Becky Hill?