Home Entertainment “She is just a trash” – Good Samaritan Bobrisky reaches out to... 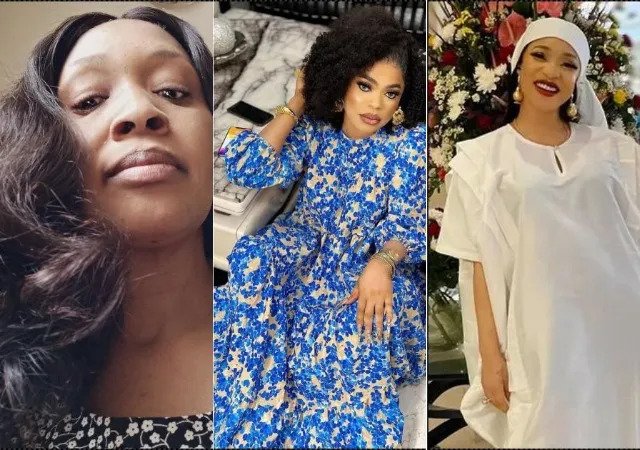 This comes after the actress threatened to attack the journalist at her home with the intention of assaulting her.

Bobrisky has decided to join the ongoing saga between the two that began after Kemi Olunloyo conducted an interview with Tonto’s ex-lover.

Kemi Olunloyo described her encounter with police who came to her house after seeing a screenshot of Bobrisky’s message.

“Yesterday at 2pm Sunday May 22nd 2022 @nigerianpoliceforce STORMED my compound, showed ID to the gateman and they were looking to arrest someone.

My son told me leave the balcony, come in and let them knock if Tonto ordered them. I stood up at that very balcony watching them.

I messaged the landlord who thought Tonto actually wanted to arrest me for calling her a clout chaser. My landlord said she can’t try it.

Next thing the cops were asking for one of my neighbors who they claimed was harboring a female they were looking for.

Both were arrested with cops brandishing Ak47’s. I wished my neighbor good luck and told his brother to call a lawyer as they took him and the lady away.

Now imagine if I had tweeted it LIVE saying “Police have stormed my compound.”

Tonto will come out rejoicing saying she “ordered the arrest” You see the God I worship never lets me down or fails to protect me from evil. Ever since Ibiyeomie had 14 police officers surround my home in Ibadan in 2017, I vowed that NOBODY will ever disturb my peace again.

I’m not a fan of posting DM’s however I want to thank @bobrisky222 and @realyomifabiyi for supporting what I stand for. I FEAR NOBODY BUT GOD‼️💥🙏🏾”