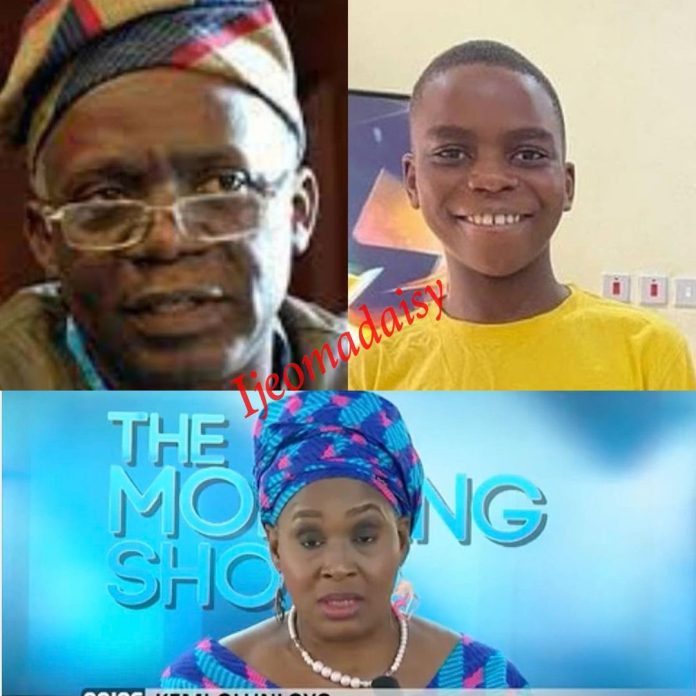 Activist, Femi Falana (SAN), has written the police asking them to invite a super investigative journalist, Kemi Olunloyo to explain her claim that Sylvester Oromoni of Dowen college died during a cult initiation. He asked the police to charge her to court for false information if she can’t explain.

Recall about 2 weeks ago young, Sylvester Oromoni lost his life after being bullied in school by some of his school mate who made him drink a certain mixture which later lead to international bleeding, swollen lips, and face.

Dowen College, Lekki was also shut down till further notice, the Nigerian Police has also made some arrests of some students and their parents have been made to appear for questioning.

On the entertainment scene, Watch Moment, Davido’s Fans struggled to pick up money while he was performing on stage (video).