Burna Boy had the last laugh when his song dethroned Davido’s to take the top spot.

Davido uploaded a screenshot of his song, as well as other tracks on the chart, including Burna’s. 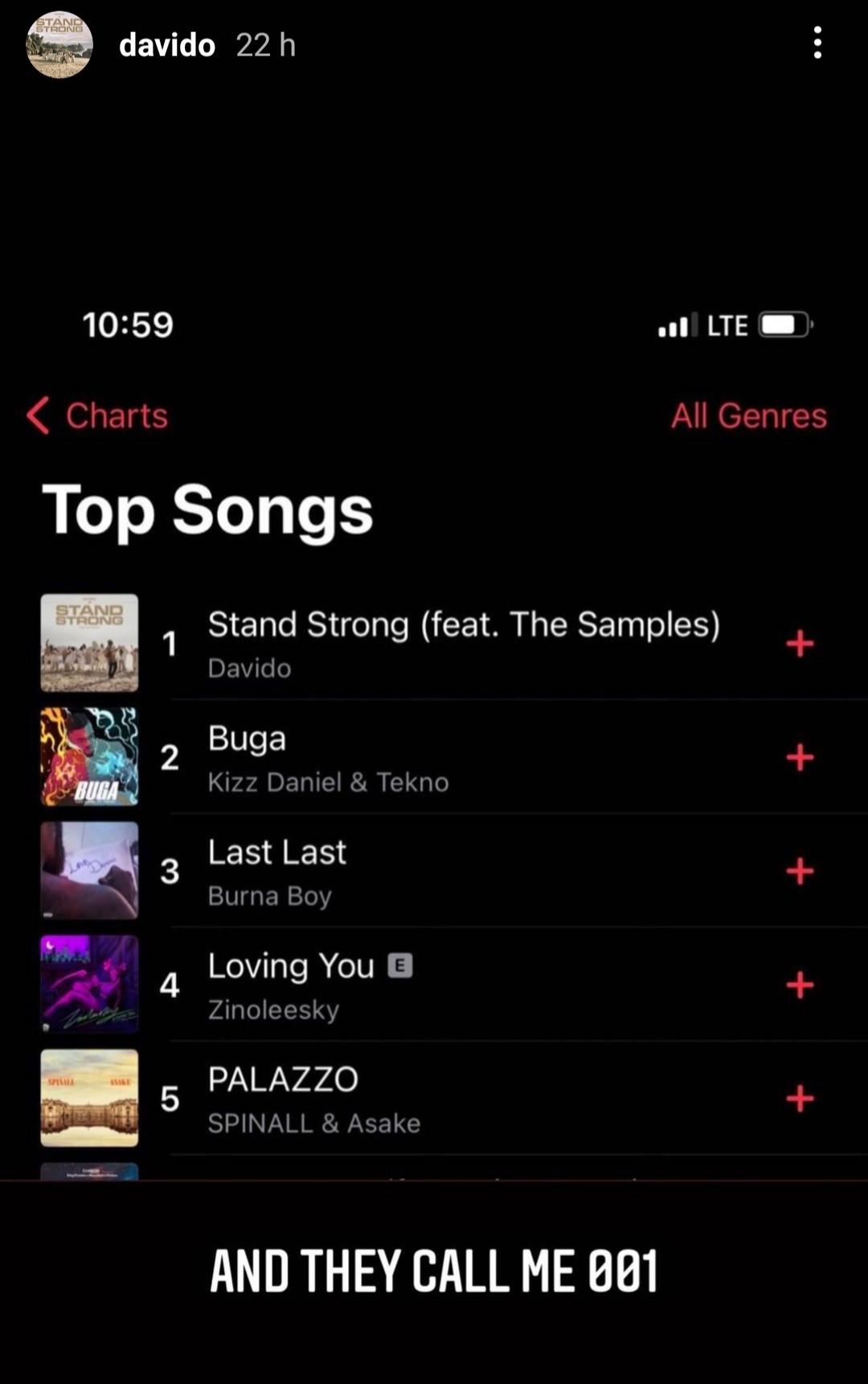 Burna took a screenshot and shared it on Twitter then added two laughing face emojis. 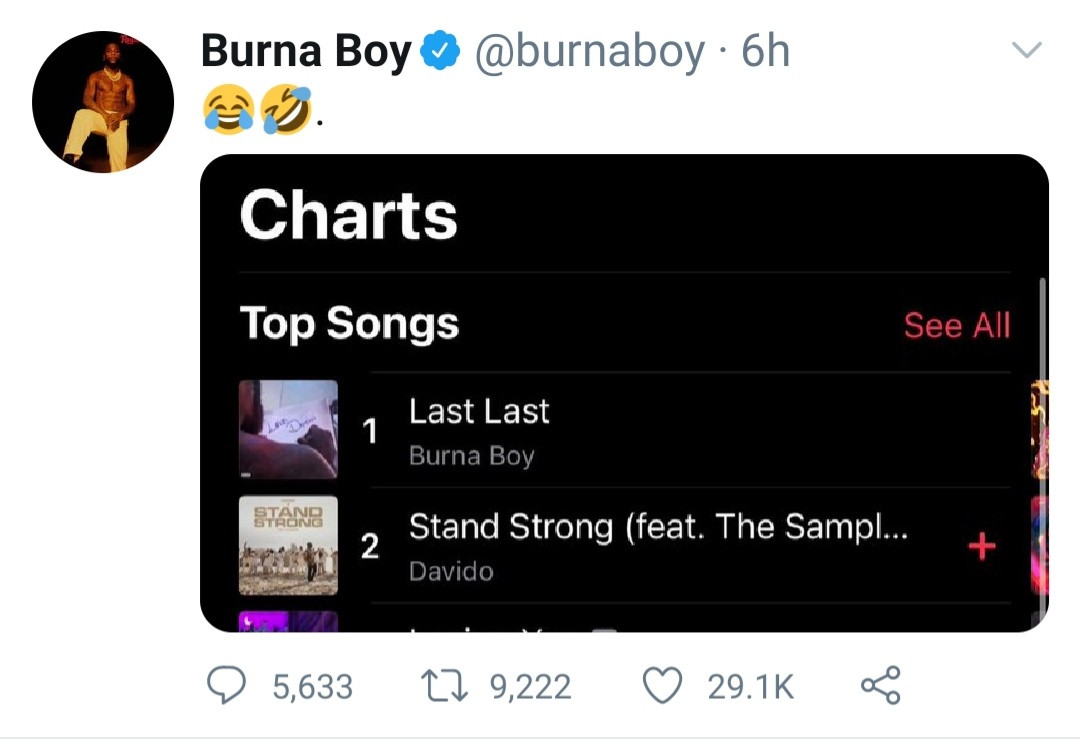