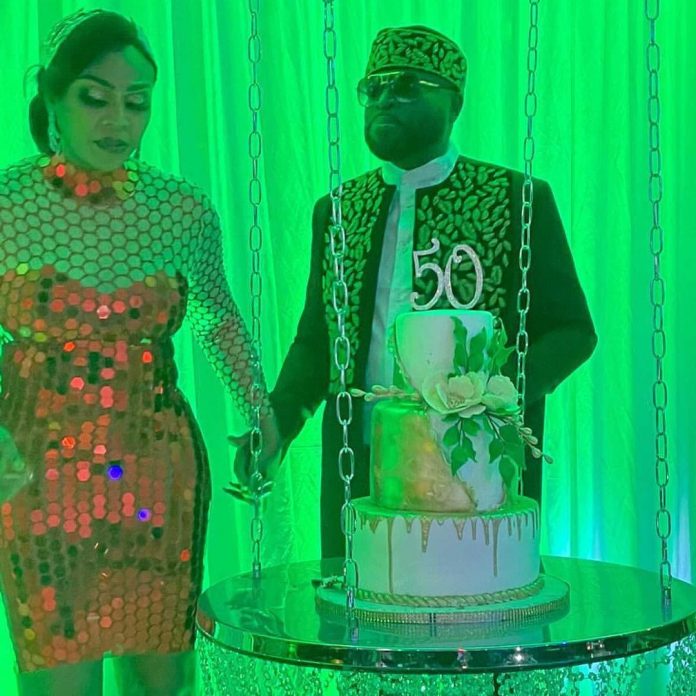 Ehizogie Ogbegor, aka Ehi Ogbegor, the ex-lover of NURTW’s former boss, MC Oluomo, appears to be dumping her current guy for another.

Ehi Ogbegor’s new romance is rumored to be on the rocks, according to reports.

Gistlover claimed that Ehi was hauled to court by the man’s ex-wife and was ordered to be arrested by the court for disobeying the court’s rulings.

Gistlover stated that Ehi kidnapped Duro from his wife and mother of his three children, only to find out that he wasn’t particularly well-endowed.

Ehi made a U-turn and attempted to return him to his ex-wife, but was surprised when she was brought to court in New Jersey for harassment.

“I NEVER EVEN START DEBUNKING DEBUNKING DON START. WO MAKE UNA LEMME OOO, EHI NA WASTE OF COURT BE THIS OOO, NA SHAME STILL DEY MAKE YOU POST DURO AS YOU DON CATCH ANOTHER PRICK, NO BE WASTE OF SNATCHING BE THIS, YOU SNATCH PERSON FROM HER WIFE FINISH COME DISCOVER SAY NA SMALL PRICK YOU SNATCH, NOW YOU WAN RETURN AM THE WIFE CARRY YOU GO COURT, NEW JERSEY, GOVERNMENT ORDER YOUR ARREST, ALL THESE WAHALA ONTOP PRICK WEY YOU WAN RETURN SWIPE LEFT TO SEE ONE OF THE EVIDENCE”.

Sharing photo of him, she advised any woman married to him to speak out.

It can be recalled that when things went haywire with MC Oluomo, Ehi Ogbegor hooked up with a 50 year old man who was still legally married, as he hadn’t officially divorced his wife, FoxyCici Okon.

The wife of Dennis Osifo, slid into Gistlovers’ DM to reveal herself. In the process, she stated that her husband, Dennis Osifo, was the man Ehi Ogbegor was dating, whom she claimed was divorced.

Unknowingly to FoxyCici, he was interested in Ehi Ogbegor. Also, Gistlovers revealed that Dennis Osifo is a big scammer and was part of those who got involved in COVID-19 fraud case in 2020.