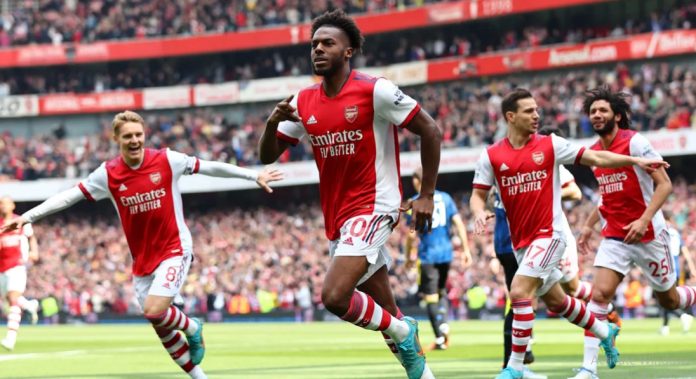 Rather than supporting Rangers International or Enyimba, many Nigerian fans are more comfortable associating themselves with clubs in England, Spain and beyond.

The growing popularity of European football can also be traced to the advent of online sports betting, with most sports betting platforms having extensive coverage of the big European leagues.

As stated in this review of the 1xBet betting site, their major selling point is the diverse European football markets they offer.

But which of these European teams are the most popular in Nigeria? Find our top-ten countdown below.

Italian giants, AC Milan check in at No. 10 on our list. Milan have not had significant connection with Nigerian players, with Taribo West and Taye Taiwo being the most high-profile players from this country to have featured for the Rossoneri. And they only made just a handful of appearances for the club.

However, Milan’s popularity has been built on their consistent success over the years, and the incredible array of global superstars that have featured for the club.

If AC Milan’s popularity was built on a long history of success, French giants, Paris St. Germain are the opposites. They have only recently begun to filter into the Nigerian mainstream.

PSG first became a proper household name in Nigeria when they signed JayJay Okocha in 1998, but they never truly got going as a well-supported club during that period.

However, the Parisiens have staged a resurgence in recent years, following the takeover of the club by the Qatar Sports Investments.

With their ability to sign players of the calibre of Lionel Messi, Kylian Mbappe, and Neymar, they have become one of the most popular clubs in Nigeria.

Unlike their city rivals (AC Milan), Inter has a stronger bond with Nigerian players, having had the likes of Kanu Nwankwo, Obafemi Martins, and Taribo West on their roster for an extended period of time.

Martins made well over a century of appearances for the Nerazzurri, while West and Joel Obi both bridged the 50-match barrier.

Kanu would have most likely had a swell time at the San Siro as well, but his Milan career was hampered by a heart condition.

With their strong Nigerian connection and a very rich football history, Inter are at No. 8 on our list of most popular clubs in Nigeria.

Manchester City’s popularity is almost entirely based on recent success.

Like PSG, they only became mainstream a few years ago, after being taken over by an Emirati group.

City has dominated the Premier League in recent seasons and has also become a perennial contender in the Champions League.

Their popularity has been driven by their recent trophy haul, relentless pursuit of world-class players, as well as the presence of Pep Guardiola, arguably the best football manager in the world.

The Liverpool fanbase in Nigeria is more tilted towards the older generation, who witnessed the Reds at their dominant best in the 70s, and 80s.

Liverpool’s dominance waned at the onset of the Premier League era in 1991, and they struggled to make a telling impression for the best part of three decades, but they finally cracked the code in 2019, winning their first league title in 30 years.

With the charismatic Jurgen Klopp at the helm, and top players like Mohammed Salah and Sadio Mane on their books, Liverpool is very much back in business, and they have won over many new generation fans to go along with the older folk.

Not only have they been constantly stacking up the trophies, but Real has also been the hub of the biggest names in world football.

As if the fan base was not big enough, they further expanded it with the famous galactico era, when they assembled a team almost exclusively made of superstars. Zinedine Zidane, Luis Figo, Ronaldo de Lima, Raul, and David Beckham were some of the players to grace the Santiago Bernabeu during that era.

Real has not been big on Nigerian footballers, but almost by default, they remain one of the most popular and best-supported clubs in this country.

Which club is more popular in Nigeria? Real Madrid or Barcelona? It’s very debatable, but Barca gets the nod in our opinion.

The main catalyst behind Barcelona’s popularity is the generational talent of Lionel Messi.

Messi spent all of his peak years at Barcelona, during which he almost single-handedly revolutionized the club, taking them to new heights in the game.

Messi won over millions of new fans to Barcelona, many of whom are Nigerians. He might have since left the club, but his impact is still being felt, and the bond he created between the club and the fans lives on.

Now we get into the top three, and it should not come as any surprise that it’s an all-English affair.

As popular as Real Madrid and Barcelona are in Nigeria, they are still lagging behind the Premier League clubs.

Coming in at No. 3 on our list is Manchester United.

United haven’t exactly been big on Nigerian players, but they built a strong fanbase with their domination of the Premier League in the 90s and the 2000s.

United’s Premier League dominance also coincided with the improving coverage of the league on Nigerian TV, so fans naturally aligned with the best team in the league. For a very long period, that team was Manchester United.

Chelsea’s Nigerian fanbase has grown astronomically over the last couple of decades, to the point that their fans generally outnumber Manchester United fans.

They have been helped by having a couple of Nigerians play significant roles at their club.

Celestine Babayaro was the left-back for a long time, while Mikel Obi was also a mainstay at Stamford Bridge.

Apart from their strong Nigerian links, Chelsea has also had a formidable African presence, with Didier Drogba and Michael Essien considered amongst the legends of the club.

The combative and charismatic character of Jose Mourinho also drew many to the Blues.

And of course, they have won a lot of trophies in the last couple of decades, including two Champions League triumphs.

And finally, we have arrived at No. 1.

Arsenal may have significantly slowed down in their trophy count in recent seasons, but they were very good in the late 90s and early 2000s.

Before the emergence of Chelsea and Manchester City as Premier League forces, Arsenal shared an epic duopoly with Manchester United.

Spearheaded by Arsene Wenger who became manager in 1996, the Gunners were the ones that first stood up to United’s dominance in the league.

And so, those who did not like Alex Fergusson and Manchester United, and there were many of them, naturally sided with their biggest rivals, Arsenal.

It was also around that period that Arsenal signed Nwankwo Kanu, who went on to become one of the best players in the club’s history.

It is safe to say that a major reason behind Arsenal’s large fanbase in Nigeria is Kanu.

Special mention to Juventus, Bayern Munich, and Tottenham Hotspur, but the 10 clubs listed above are the ones with the best support in Nigeria.

Do you agree with the list above? Feel free to leave a reply below.